I, Observer,  have been Considered by the Mind to record in hardcopy a report of the recent Mass Confusion, to do so from a 'neutral' position (if such a thing is even possible), and to include within this record, an explanation of exactly what 'I' am, what the Mass Confusion was and what, in general, is going on.

I, Observer assume this has been requested in case of total memory loss, mind alteration, loss of identity due to an overload in the Delusion Field or simple forgetfulness.

So, if You are reading this, be aware I am You.

You are the Eldritch Founder and You have either lost your full memories, been separated from the Gestalt that is I/Us or are suffering Identity Issues.

You are a Hive Mind and everybody in this record, including I, Observer, is also you. You have simply become temporarily unaware of this.

We are all thoughts in one larger mind.

A Confusion is a literalised Parliament of Thoughts, or extended inner argument which takes place within I/Us when consensus has yet to be reached on a particular issue. In this case the Confusion took place over the issue of Mass in the bodysheathes of the Sparkborn Souls.

This is a record of your own thoughts, told to you, by you, the you that is currently I, Observer.

That should be clear enough.

EXECUTIVE - This looks enough like a Quorum to go for it. Everyone missing is either mad, has forgotten who they are for a while, is lost in time or temporarily dead. I declare this Confusion begun! 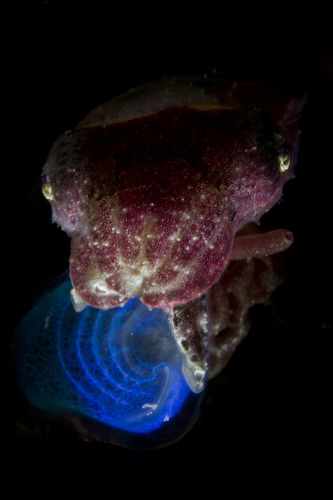 WORLDLING SPEAKER - As a coherent aspect of the MAJORITY..

(Boos, hissing, flashes and stress-tentacle positions from all other factions)

WORLDLING SPEAKER - (louder) AS A SPEAKER FOR THE MAJORITY!.. thank you,.. as a Speaker for the majority I declare our opinion that of the Worldlings, for only we are truly and deeply concerned with the strife and substance of Uud, unlike the nerds on the opposite bench who We Here declare as..

GRACILES SPEAKER - (interrupting) We accept that name and declare ourselves the Graciles..

(Flashing and writhing from opposing bench)

EXECUTIVE - Accepted on both counts and please calm yourselves. Speaker for the Worldlings, please go on.

WORLDLING SPEAKER - Thank you. I will make my argument brief for its rightness is so obvious that little rhetoric is required in its support. The matter is a simple one, and that is, to be a hero, you need to be able to punch someone in the face.

(mass hissing and great writhing from the Graciles)

WORLDLING SPEAKER - AND IF NOT THAT. If not that, you need to at least be able to be punched in the face, and to still get up. Now, our opponents with dress this up with a lot of fine words about psychology etc etc, but the simple fact of the matter is we need our souls to survive and we them need to win fights!

WORLDLING SPEAKER - Yes there are many other aspects which might be useful. A soul is a complex thing, as we all know. But what use are any of them after the soul in question has had their head caved in during their first risky action? We can talk this over all day but the simple fact of the matter is that we need survivability Look at our survival numbers! We need more winners and the truth is that SIZE ALONE will do this! And at a much lower cost in resources and time! They need to be BIG, they need to be STRONG. We of the Worldlings demand thicker and more muscular souls! 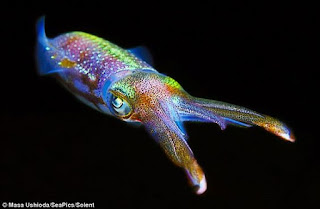 EXECUTIVE - Thank you thank you. And thank you for making that brief. Speaker for the Graciles, you are recognised.

GRACILES SPEAKER - Thank you Executive. Now.. Heroism, what does it truly mean?

EXECUTIVE - Graciles we cannot and will not sit through YET ANOTHER deep dive into the philosophical meaning of Heroism! You need not explicate every point down to its primal axioms. Now the Worldlings have been good enough to summarize and save us all time. I do ask you to give us the salient points.

GRACILES SPEAKER - I protest! This assault on Discourse itself naturally favours the other side!

EXECUTIVE - It favours us all getting back to work. Spit it out like a Sophont!

GRACILES SPEAKER - Very well. Under protest, I will summarise.

GRACILES SPEAKER - Heroism, or even villainy, cannot be reduced to mere punching ability! The precise mixture of physical and mental challenge, handicap and talent acts differently in each soul, AS THE OTHER SIDE KNOWS WELL. Is it not true that many of our most successful and memorable Souls have in fact, a very various range of physical capacities? Yes many of them do die

GRACILES SPEAKER - Yes we lose a lot in the early stages, but those who survive are of a much HIGHER QUALITY than the MEATBAGS being proposed by our opponent! Not only that but the concept rapidly becomes ridiculous when applied in large numbers across Races and Humanoid types! Will they have us produce a generation of buff Aeth? Bodybuilding Homon? To churn out a dull succession of barbarous oafs like a factory, well this, I would claim is Wyrm Talk!

EXECUTIVE - Graciles! Really! This is ill language for a Confusion. Very ill. That was a dire and uncalled for insult. I find you in contempt. We cannot have any more of this.

(Interruptions from the benches)

EXECUTIVE - Yes? Well, it seems we have a minority faction. You may speak.

DISTORTIONIST SPEAKER - Thank you Executive. We claim for our group in this Confusion, the name of Distortionists.

DISTORTIONIST SPEAKER - Thank you. We could not agree more fully with the Graciles. A uniform and singular approach would indeed be disastrous, and we would claim the House has already gone too far down this path..

EXECUTIVE - Now now. I will allow this Speaker for the Distortionists, I want to see where you are going with this, but I caution you, this better not devolve into another minority protest, I will not have the House logjammed by intrusive thoughts again.

DISTORTIONIST SPEAKER - Thank you executive. We desire only a greater diversity..

DISTORTIONIST SPEAKER - And what is wrong with that!? YES we want freaks! YES we want mutants! AND WHY NOT? For too long this Houses mediocre..

DISTORTIONIST SPEAKER - mediocre and narrow view of what a Hero can or should be has been allowed to limit and constrain our own INFINITE IMAGININATION. So yes! We do request, nay DEMAND that the bounds upon mass and muscle be not only relaxed, but ABANDONED COMPLETELY!!

EXECUTIVE - Silence! Settle down I say!

EXECUTIVE - Please! This is chaos! See this individual! Now please Distortionists, please. Here is a Lone Thought from your own side. Will you not please let them speak? Please?

DISTORTIONIST SPEAKER - We do not recognise this thought.

EXECUTIVE - Well they are here and they have a right to an opinion just as you. You there, speak up, yes you. What are you. 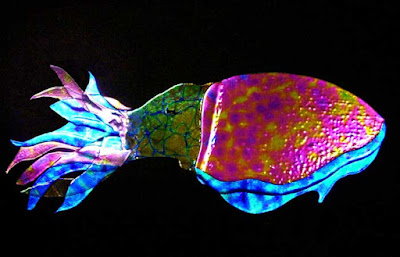 So ends the transcript, the Confusion becoming too violent for any final result to be recorded. As a compromise the Executive ultimately allowed full control over several aspects of mass to be altered at the point of creation by whatever aspect of the Founder was present at the time. Though I fear this has only knocked the problem further down the line without resolving anything.