This is a brief selection of the kinds of prize you can win in Rumble City races. You can roll here, or make up your own. 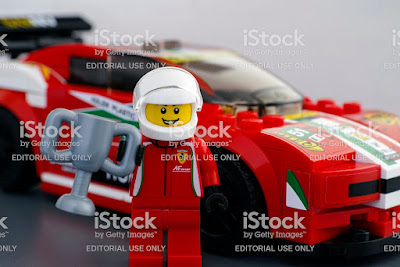 The ultimate prize, and the classic, is the opponents car. This can only be agreed to on handshake before the race. Of course, a driver that knows they are losing may total the car during the last lap out of spite.

This tends to guarantee ‘careful’ driving. To begin with at least. Both crews surrender a single member. They are tied to the hood of the enemy car. (With a rubber band.) Whoever wins gets their hostage back. Of course you can try to steal or abduct your guy back during the race. It’s pretty hard to do this without crashing the car they are tied to though.

This race has weird technology as the prize. Before the race (or after if the prize is a mystery), roll on the ‘Items and Enhancements’ list. This strange piece of impossi-tech goes to the winner, installed free of charge.

Shame is the ultimate threat. The winner of this game may mark the losers with shame-inspiring symbols of their own design. They can draw whatever they like on the back of one hand. (Biro only, no permanent marker.)

This is the ultimate honour for a fallen comrade. The golden tombs of dead racers stretch off into the neon-lit wilderness. The winner assures a place in rumble city history for the honoured dead. The loser passes like dust in the wind. It is traditional to race for the golden tomb with the body/coffin of your dead comrade strapped across the hood of your car, or in their usual racing position. Exceptional racers simple break hard at the last moment and fling the corpse through the tomb doors.

Every team needs a good garage. The names of the big ones are famous. Cryo-Genetic, Cerulean Tyres, Abaddons, Pyro-Handbreak. In this game each team bets their own garage, winner takes all. What they do with the extra garages no-one knows. Take off your least-favoured shoe, slam it on the table, this is your teams garage. Lose the race, lose your shoe.

Monsters are always a high-status symbol in Rumble City. The best racers all have a pet monster. You can try taming them and putting them in the car, you can add them to your Fanimals, or just tie them up outside your Shoe. The loser of this race owes the winner a monster, a good one.

There can be no greater attainment than the slavish adoration of your foes. The losers of a praise race must speak for a full minute in Rumble City Plaza in praise of the winner. Any use of sarcasm will be punished by instant death and having your cars stamped to death.

The power to command the Atomic Screens! POWER! The winner of this race has full control of the remote until another race is run, or until the end of the day.

No-one in Rumble City can ever decide what to eat, or where. Decision paralysis leads to choked throngs of gas-guzzling muscle cars churning endlessly around giant roundabouts for weeks while crews argue over restaurant choices. The only solution is to race.