17 The chain of the Lunar Majesty

Scrap has given us a sessile larvae form of a Piper of Azathoth.

And asked for the nature of this; 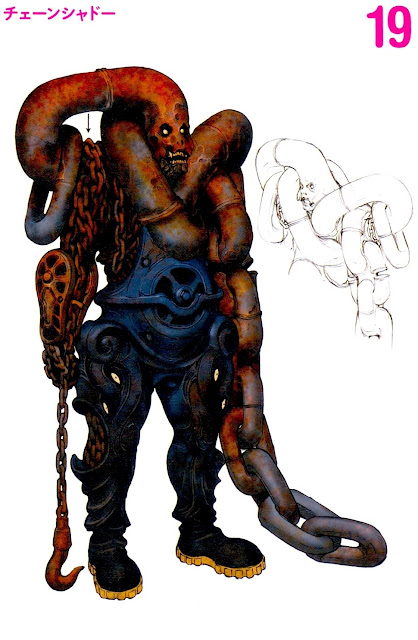 The chain of the Lunar Majesty

This is the spirit of a Dead Deodand, one who, in its destruction has gone to the Ghenna of Machines, that part of the Manifold Hells dedicated to punishing such things.

In older times those tools, beasts and devices which aided and abetted mortal sin were held guilty of those self same sins. Called Deodands, they were tried and convicted as if they were men, insensate though they may be.

This custom either prefigures, or poorly represented a quite-real, and much more severe
divine ruling. For all those tools, machines, objects and beasts, are indeed held quite guilty of all the sins which they commit, and like living souls once their use is permanently over, (and He who stands beyond Time knows well when this is), their soul falls to the Deodand Ghenna, there to be judged, and to suffer for its crimes.

An apparently simply divine decree with surprisingly complex and exponentially difficult meta-theology required in order to fulfil it, and with curious side-effects on the Economy of Hell.

Firstly, that without a mind cannot suffer, and cannot know guilt or shame, so a clade of curious Angels is imbued with the desire and ability to imbue these material scraps with intelligence and self-awareness, at least enough for them to realise that they are guilty and for them to feel bad about it.

Those who find this insane would do well to consider their own material conditions;
born into a culture, a body and with a family and social position over none of which they have any control, and set there, often to suffer, at complete random. Is your position that much stranger than an animated chain?

Then a separate clade of Demons is employed to educate the Deodands to the point where they understand the context and meaning of the sin they committed. Which perforce, requires that they develop some knowledge of the material realm, based in each case, purely around the circumstances of their evil deed.

Strange beings, born only to suffer and atone

Still, hell itself, in a wider sense, has a similar mirrorverse pseudoculture, reality itself is arranged specifically to be a suffering nightmare, but since every intelligent thing there is deeply concerned with the specifics of the human world, and many of those beings are self-aware, and many of the rest extremely complex, then hell has a society, and an economy, even though its substance is shaped by spirt, soul and divine decree.

Machines in hell are useful, but very hard to make, reality having little regularity to it and Devils being skilled mainly in the engineering of torture devices. So it is that most technological needs in hell are filled by these animated Deodands, traded like slaves between the layers of pain.

A demon might call another on the Iphone used to text an assassin, (shouting over the dumb burbling voice of the phone itself). Dukes of Annihilation look things up on laptops belonging to terrorists and mobsters, or just those used to cave in someones head. Lords of Despair ride a wide range of cars.

And of guns, bombs, knives and swords, well there is no shortage of those in hell, sometimes they literally carpet the floor. Sometimes they *are* the floor. Its more rare to be in a space away from weapons.

Now it stumbles hither and yon in hell, piloted by possessed legs, serving whatever cause is called on by its lords. 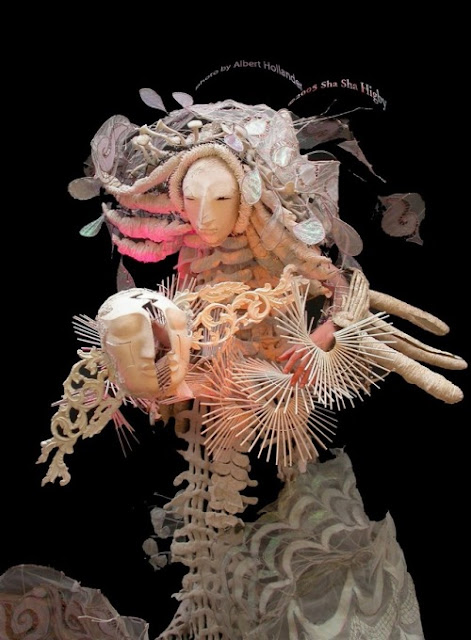 Is is a beautiful Eburnean Attendant