The last post of forgotten rules for a toy car racing game. This time for those all-important car additions and super-tech.

If anyone does actually use this stuff playing with their kid or anything then let me know. 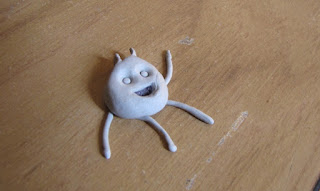 It’s blu-tac. Make anything you can sculpt and attach it to your car. 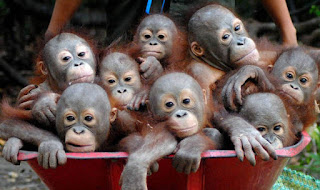 Does what is says on the tin. Potentially very dangerous camper van full of uncontrollable level one unarmed fighters.

Super-adaptive vortex engine not only stops your car but all cars on your tail.

Car can handbreak turn at any speed. To activate, blow strongly over top of car against direction of travel, any other cars behind that move under your breath are automatically stopped and moved back.

Rumoured to be made from real wizards.

Once per game the car can move from any seed to any other speed without accelerating or breaking. Every other car on the field will shift to the same speed.

Beams of alien light blast cars and terrain out of the way, sometime lights explode. 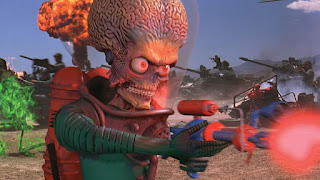 You can reach down, and flick, with one finger, anything directly in front of the car. Explodes on a 5-6 with each use. 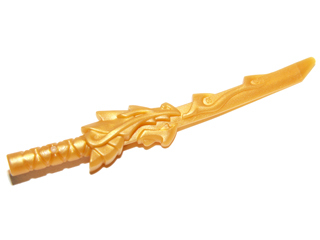 On a drive-past, the wielder can slice open any piece of stationary terrain that the player can rip apart with their bare hands. 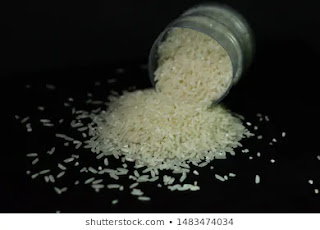 User may dump a handful of rice anywhere adjacent to their car. Anyone crashing into rice suffers no damage but can no longer take violent action during race, has to clean car.

When lights active, megaphone orders of user must be followed, however they are garbled beyond comprehension by the alien rays. If you have enough people, use game of Chinese whispers to garble orders. If less people, write each word of order on separate scrap of paper, had them to target player. They may re-arrange however they wish, but must obey result.

Each flag counts as a blow against one particular enemy of that crew. Detail the particular resentment for that banner. Finishing a race or challenge in which that crew participated with the banners still intact, moves you up one position against them. If they manage to take the banner during the race, they move up an extra position against you. 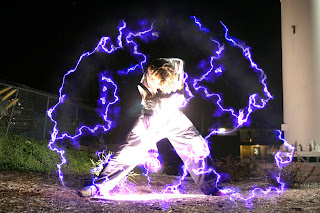 Sniper-equivalent damage to anything metallic for three inches around car. Use shuts down engine for a turn. Freezes controls.

Once per game, user may throw medium-sized (bigger than a sock, smaller than a jacket) piece of clothing in direction of cars travel. Storm remains in situ for rest of game. Dangerous to drive over/through. 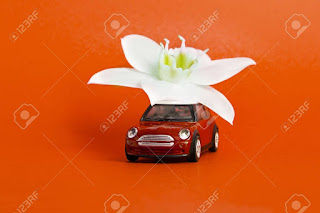 Put the head of a large flower on top of your car. Any enemy car that touches the flower is destroyed. Effect lasts till flower falls off.

Beatboxing twisted rhythms through this non-Euclidian megaphone forces hears to cough up their guts.

Any car hearing the beatbox sounds is paralysed for a number of turns equal to its crew as everyone inside simultaneously shouts out their deepest secrets and argues about them.

Eyeburning chunk of twisted hyperlogic recovered from disaster core must be towed behind car like a caravan.

When attached, the spasm waggon can swap places with any car in view of the user. Put the target car right behind yours where the waggon was and the waggon in that cars previous position.

These car-mountable jet engines suck in dry air and spew out rain, and visa-versa. 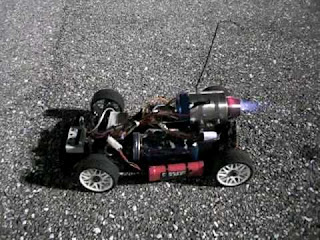 Lynchian madness engine powered by the subconscious of user. 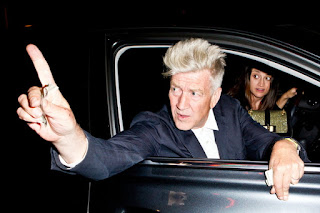 Dream Drive must be powered the night before race by being plugged into the drivers skull. Empties his head of dreams. Adds one to speed during race. Driver will go insane after a randomly determined number of rounds. Results of madness decided by other players.

Brain valves add one to manoeuvrability. If fired upon, will enter combat-flashback on a 5-6. All drivers on track start screaming and move directly towards nearest terrain for one turn. 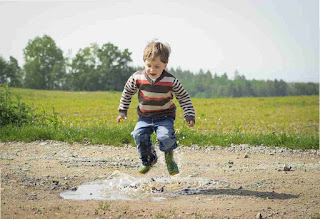 Player may jump up and down on ground near cars in hopes of causing useful re-orientation. Any damage to track is their responsibility.

User may move and re-orientate as many pieces of scenery as they want however they want. For each piece roll a d6. A roll of 5-6 means that an unexpected effect has occurred. Something else on the board must be moved by the next player. Roll another d6, on a 5-6 it happens again for the next player along. Keep rolling till a 1-4 is rolled

Where to the skeletons come from? Hah. No-one ever asks this. You meet the guy in a darkened bar. You hand him the money and go for a walk. When you get back, the trunk is full. You don’t check it. You know they’re in there. 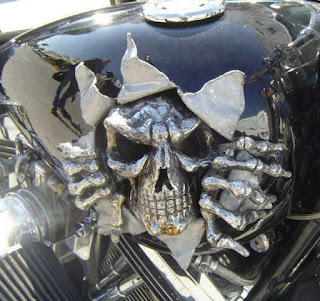 The trunk of your car is full of angry skeletons. At any point during the race you may pop the trunk and spew skeletons over all nearby rear-facing area’s. d6 skeletons hit each car and count as level one berserkers.

Meat-Seeking wormpedoes can be bought in the travelling markets of the bus-rank archipelago, up around transmission point. There use is controlled. Mainly by the fact they sometimes eat the person firing them.

Surface-To-Earth-Worm are kept rolled up in giant nautaloid tubes on the side of the car. When fired, the car must be facing towards its target. The worms will travel any distance underground until they sense meat, then rise up. They arrive at the beginning of the next turn of the firing player. They roll 4d6 for damage but only ever eat crew, the don’t damage the car. If the target moves somehow and is no-longer the closest to them, they will attack whomever is closer.

This fractal-impacted mystery rocket can only be used once, it fires directly up into the sky and turns off the sun for the rest of the day.

Activating player can create night conditions for rest of race, plus they can turn off the lights in the room and close the curtains if they want to.

This Escher-space engine crank moves through impossible positions when activated.

When used, the crank changes the momentum and engine direction of the car without any inertial effect. This turn, the car may move sideways in either direction exactly as if it was moving forwards. There is a 1 in 6 change of reality twisting and the car changing positions with a randomly selected other car. 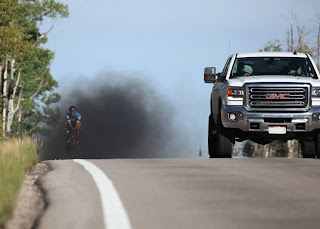 When active it leaves a gas trail the size and shape of a spare sock behind the car. Anyone entering this zone must take their foot off the pedal and stare blankly until things make sense again. (One round.) If the car takes damage though, the converter may misfire and fill the car with depression.

Giga-leaves retrieved from the heaven-scarring paradise tree at the cost of many lives make excellent ramming-prows in the ring. They do shatter though.

Jam a pointy leaf on the front of your car. This ultra-sharp diamond-hard blade will inflict 6d6 damage on a ram, then shatter, doing another 1d6 damage to all nearby cars, including yours. 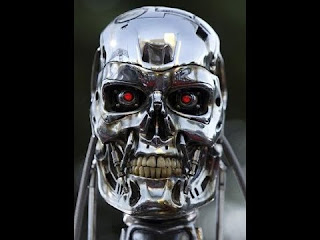 They still track movement and human targets, communicating information with old-school internet moans. Add plus one to either an evasion or targeting roll each turn.

You can now drive up/on vertical surfaces for up to three turns at a time.

Hurl change from your pockets onto the pitch. Fanimals and mindless opponents will try to retrieve the money.