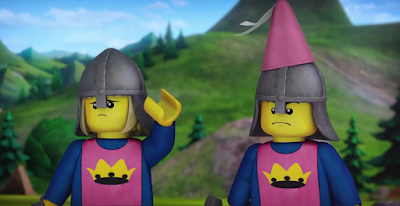 Yet he stays with Arthur till All-Saints-day;
Who made a feast on that festival for his sad fighters sake,
With much rich revelry of the Round Table.
Knights full-courteous and comely ladies
All for love of that lad in longing they were,
Nevertheless, with death looming, they leavened nothing but mirth
Many joys for that gentle child they made.
For after meat, near in mourning, he meets with his king,
And speaks of his passage and politely he says,
"Now, liege lord of my life, leave I you ask.
You know the cause of this case, keep I no more
To tell you the troubles thereof, trifles merely;
But I am bound to the blow, which must be returned,
To search out the green chevalier, as God will me guide."
Then the cream of the castle came together,
Ywain, and Erik, and others full many,
Sir Dodinel de Savage, the Duke of Clarence,
Lancelot, and Lionel, and Lucan the good,
Sir Bors and Sir Bedivere, big men both,
And many other eminents, with Mador de la Port.
All this company of court came the king near
For to counsel the knight, with care in their heart.
There was such secret sorrow in their eyes
That one so worthy as Gawain should wind his way to doom
To brave a brutal blow, and bestow none of
his own.
The knight made all good cheer
And said, "Why should I groan?
Of destinies dark and dear
What may we reap but what's sown?"*1


He dwells there all that day, and dresses on the morn,
Asks early his arms, and all were they brought.
First a clean carpet was cast on the floor,
And much was the gilded gear that gleamed  therefore.
The staunch man steps thereon, and the steel handles,
Dressed in a doublet of dear Tars cloth,
And also a crafty Capados*2, closed aloft,
That a pearl-white pelt the periphery rimmed.
Then set they the Sabatons upon the sires feet,
His legs lapped in steel with lovely Greaves,
With Poleyn placed thereto, polished full clean,
About his knees, knapped with knots of gold;
Cold-forged Cuisse then, elegantly encasing
His thick thrawn thighs, with thongs so attached;
And then the hasped Habergeon of bright steel rings
Enveloped Gawain, obscuring his clothes,
And well burnished Braces upon his arms both,
With good gay Cubitieres, and gloves of plate,
And all the goodly gear that him gain should
that tide;
With rich coat-armor,
His gold spurs set with pride,
Girded with a brand full sure
With silk sash upon his side.


When he was hasped in arms, his harness was rich:
The last lace or loop had luster of gold.
So harnessed as he was he hearkens to mass,
Offered and honored at the high alter.
Calmly he comes to the king and to his court-folk,
Takes lightly his leave of the ladies and lords,
And they him kissed and conveyed, commended to Christ.
By then was Gryngolet groomed and girded with a saddle
That gleamed full gaily with many gold fringes,
Its nail-tacks full new made, that none be richer;
The bridle barred about, with bright gold bands;
The pommel-apparel and all the proud skirts.
The crupper and the cantle, corded with the saddle-bows;
And all was railed on red with rich gold nails,
That glittered and a glinted as gleams of the sun,
Then hefts he the helm, and hastily it kisses,
That was stapled staunchly, and stuffed within.
It sits high on his head, held behind,
With a handy band of bold silk attached to the mail,
Embroided and bounded with the best gems
On a broad silken border, and birds on the seams,
As parrots painted between periwinkle plants,
Turtle-doves and true-love blooms entangled so thick
A womans winter work each bird, the whole a life
to set down.
The circlet was more of prize
That enclasped his crown,
More diamonds than spiders eyes,
That both were bright and brown.

*1 Most uncertain of the truth & accuracy of this. Really this means "what can we do but plumb and discover the fate that awaits us?" But I couldn't find the right rhyme for it.


*2 Directly "And sythen a crafty capados, closed aloft," I could have changed it to  'cape' or 'hooded cape' but I loved the line too much. 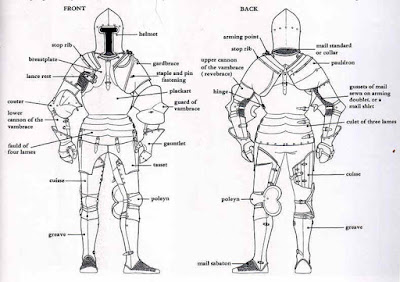 The getting dressed or getting armed montage is a big deal in the heroic form, it does a whole heap of things very usefully. I could probably write a whole post just about that.

The birds and plants embroidered on Gawains saddle are romantic signs, suggesting and confirming his reputation as a guy who has the favor of ladies, or who is just a bit of a dirtbag. This becomes important later on.

As is pretty common for medieval thinking about sexuality,the attitude towards sex is really difficult to translate directly into modern thought. It's not modern and explicit, but its not really much like the western attitude from around 1800 to 1960 either, that way of thinking about sex is the chief interlocutor between us and the Medieval mind and I think in some ways its more conservative, less ironic, less earthy. Medieval thought on sex, or at least this poets thinking, is powerful, knowing, direct in its emotions, ironic but not with the sheen of coolness and distance we think of as modern irony.