A Dice Mechanic for Goose-Gold and Goblins

Here are the older posts on Goose-Gold & Goblins;

A World Without Violence 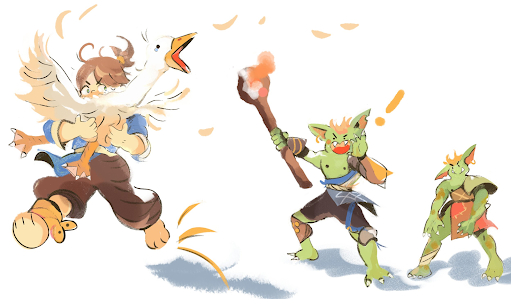 Now on to the prime reason for this particular post;

I hate designing games, I am terrible at it.

However, Goose-Gold & Goblins requires some kind of dice mechanic to power it, so I will have to either come up with, or, more likely, just pirate something.

Hence this blog post, in which I appeal to my audience for assistance in either creating, or just stealing, a mechanic to power the game.

Since my desired result is very simple, the constraints which lead to it are rather complex. I will lay them out here.

After reading this illuminating series of posts from Dreaming Dragon Slayer;
Rules and Dice
Animal Kingdom
Advancement
50/50 Resolution
Death
Violence
Deathlesness
In which he runs very simple D&D with his kids, I have been converted to his way of doing things;
The GM, (presumably the parent), rolls one die, then the player (presumably their kid) rolls another and tries to beat the parents roll.
Kids seem to really like rolling "to beat the dm", which I suppose counts for more if the DM is your dad.
I only want singular rolls, one die rolled against one number and you know the number you are rolling for, its open, right there on the table and you roll yourself, the roll is obvious, then you win or lose.
I know binary yes/know results might sound rough on kids but they are much easier to process and understand than more complex "you kinda win but sort of lose a bit" results, and hopefully GM advice and game process can help GooseMasters produce results which respect the nature of challenge and failure but which don't crush the spirit of the players.

Even if modifiers are small they are generally bad, especially for a Kids game. So leaving them out would strongly suggest improvement via die *size*. Having a bigger die to roll is immediately visible and *tangible* to children.
However, the complexities of the various probability curves are somewhat beyond me.

Don't get me wrong the idea of producing a custom set of Zocchi dice, including a GooseMasters D7 with a rabid raging Goose in place of the 7, is tantalising.
Building the intermediate dies into the game also provides more granularity.
BUT, I want the game to be as accessible as possible, which mean no Zocchi.

MY IRRATIONAL DESIRE FOR A D20

I really like the probability curve of the D20, especially the fumble and crit results, they are just rare enough that the world still has a feeling of general verisimilitude but *just* possible enough that its worth taking a swing at even an unlikely result.
For me the probability cuve of the D20 with the 5% crit/fumble likelihood helps to create a lot of the storybook, slightly hectic, dangerous but slightly farce-like texture of a D&D world.
Go up the die sizes and I would say you generally get more "pseudo-naturalistic" results. Go down and I think you get something a bit lighter, more storybooky.
obviously my desire for a d20 curve conflicts totally with all of my other constraints.

The idea of players being able to help each other, if that is diagetically appropriate, is pleasing to me.
Do I want it to be; you roll, and if you don't win, your friend can also add their roll (if they can think of a way to help)?
Or - you both roll together?
I think probably doing it sequentially is best? Its simpler.
The question of what to do if the GooseMaster rolls a 1 is still there. If we assume only single die then its always possible a player could also roll a 1. But if we are allowing 'assists' then if the players know the GooseMaster has rolled a one, if they can get help then they can roll without risk as they have two dice?
Maybe that's ok? How soft do I want to be here? 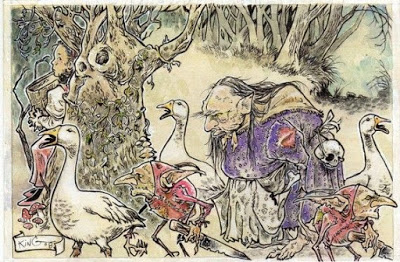 HOW TO DEAL WITH COMPLEX EVENTS??

What about complex interacting things which would otherwise use modifiers??
Presumably some classic OSR/Apocalypse World advice/guidance on when to roll, how to describe situations and arrange challenges etc would be appropriate and could cover this ground?

HOW TO DEAL WITH ADVANCEMENT?

Hopefully most of it should be tied into diagetic elements like additions to your house, improved resources, Goose-Gold (obv) wider alliances etc.
Otherwise the only advancement is hey - get a bigger die for this quality.

HOW DO THESE INTERACT WITH STATS?

Are my concepts for qualities awful? I kinda suspect that they are;
YOUNG or OLD
STRONG or DEFT
BIG or SMALL
NOTICE or ACT
THINK or FEEL
COURTEOUS or BOLD
ESCAPES –
Not necessarily bad for character *creation* but how do you meaningfully roll for being "Old"?
Likewise, the Courteous/Act axis makes sense for character creation and gives a decent image of a person but would I be better just ripping of Ryuutama with STR, DEX, INT and SPI.
What would a kid understand?
Its body parts isn't it? Because you learn to name those first in rhymes.

BIG & SMALL could stay perhaps, with BIG being used as STR and SMALL being used for stealth rolls, sneaking and hiding.
YOUNG or OLD could maybe stay, with YOUNG giving you more Escapes, and Old being a kind of magic-using, book-using score. Like you roll your 'Old' die to do magic and use books.
Also the idea that your Grandma can just naturally do magic seems appropriate, so if you are playing *as* your Grandma, or *a* Grandma, then knowing magic seems reasonable.
HANDS and FEET could be Dexterity, or deftness, or Skill, vs Speed.
CLEVER HANDS or FAST FEET? Is being able to move fast a reasonable exchange for all the ways hands can be useful?
COURTEOUS or BOLD - don't know if I want to put in a 'behaviour' stat, but I feel like this could work?
Maybe QUIET or LOUD? But that steps on using SMALL as a stealth die. 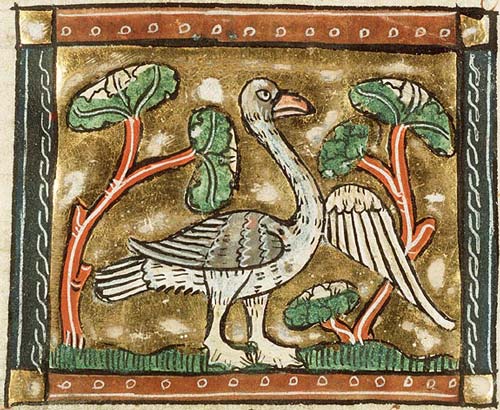 Other questions;
>> SHOULD I CHANGE OR REMOVE THE STATS
>> SHOULD I TRY TO RETAIN AS MUCH 'BACK-COMPATIBILITY' AS POSSIBLE TO KEEP THINGS OPEN TO THE BX-COMMONS?
Prospective GooseMasters, I leave the comments open for the no-doubt overflowig wisdom of your replies.
Posted by pjamesstuart at 08:59

Email ThisBlogThis!Share to TwitterShare to FacebookShare to Pinterest
Labels: Design, Do my work for me, Soft D&D