The Convent of the Crawling Nuns 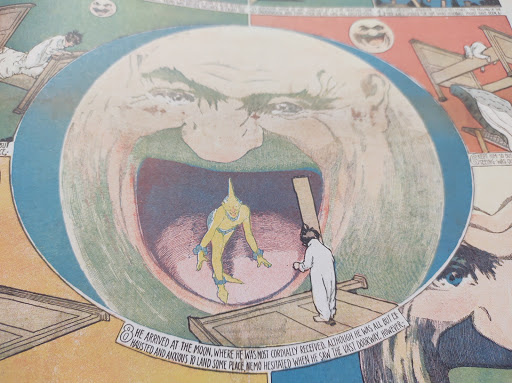 The ‘White Knights’ are known throughout Zyan, silent, implacable hunters and, on occasion, mercenaries and assassins. It is said no fugitive can escape their grasp and, though they will kill for a price, their speciality is in imprisonment.

For those rare individuals of such danger and potency that they must absolutely be removed from Zyan, yet of such value that they must not be killed, these ‘White Knights’ will not only capture them, no matter how far they have fled or what powers they wield, but will also imprison them in a place inaccessible to the sense or grasp of any prophet, potentate, sorcerer or seer of Zyan.

These would be enough to draw an investigating party to the Convent of the Crawling Nuns, but alone probably not enough to make them dare the Vault (unless they are very bold).

·        [A High-Status Contact] “The only way to hire the ‘White Knights’ is to send a message to the Convent of the Crawling Nuns. As to where that is, it is said to lie deep in the sewers of Zyan, the last marker being a place called the ‘Vile Confluence’. From there, one should walk ‘a road of glass’, whatever that means.”

·        [A Madam] “They say if you run out of choices you can always go to the Convent of the Crawling Nuns and pledge yourself to the Saint. Of course, sometimes we get girls on the run because their parents were going to send them to the Convent. Never heard of anyone coming back though.”

·        [The Guildless] “I tell you, anyone, even ones such as we, (if they be male, for women are not desired for this service) who can find the Convent of the Crawling Nuns and pass its challenges may become a True Knight! “

·        [A Peon] “Big deliveries of rich, black grain, dragged all the way down into the dark where the streams grow clear, then poured away into some vent. Good money but you wouldn’t catch me taking that contract!”

·        [A Vaguely-Spiritual Idiot] “Oh! The wonderous sacredness of the Saint to whom the Nuns pray is enough to transform even the vile detritus of the effluvia of Zyan into pure crystal water! The Nuns even crawl everywhere to show their penance to the Saint!”

·        [A Thief] “Wild tales attend these Knights. That they are not only silent, but soundless, their tread making no noise, even across broken glass. That they hunt with invisible hounds which leave no trail or secret hidden from them. Perhaps most strangely, that they carry no metal.”

·        [The Heralds]. The arms upon the shields of the White Knights are one half a half-closed purpura eye on a sable field, the other half an argent moon, tentacled, upon a purpura field. Yet I can tell you that the half of the argent moon is only a covering of fabric over that part of the shield which can be removed, and beneath is only the full purpura eye on its sable field. Why this is, or what it signifies, I know not.”

·        [Sewer-Scholar]. “These falls are so caustic that to fall into them is to have the flesh washed from ones bones, as if water spilled across the figure of a man in fresh paint. Indeed, the bones, and golden fragments of unfortunates can still be seen in the mirror-bright pool beneath the waterfall, and only bones and glass sand wash from its flow until other more adulterated fluids mix again with the sad effluvia of Zyan and reduce the sewer to mere horror.”

·        [A Coroner] “I can only say this. The target, a criminal of startling violent capacities, was seen fleeing within and the Pale Knight followed “in great bounding leaps”. After an hour, only the Knight was seen leaving, bearing signs of serious combat. The body discovered was not that of the target but that of an un-named Guildless male with no particular identifying marks. The male body had clearly suffered malnutrition in early life but was currently in peak physical condition. The body had suffered serious, likely terminal recent wounds, clearly not from the sword of the Knight. The body had been stripped and was left naked. The clothes of the target were also found. The body of the target has still not been found. The factotum for the Pale Knights later voided the contract, a highly unusual occurrence. Witnesses say the Knight had a dog with him, but that they could not see it. When asked how they knew this, they were unable to provide clear answers.”

(Designed to go with whatever factions you currently have operating in your game.) 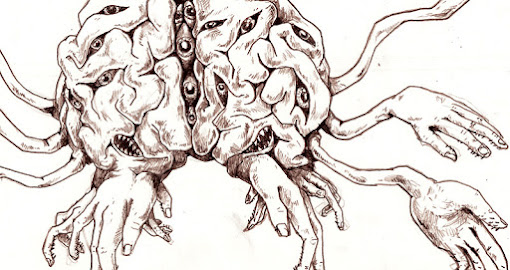