To Steal a Sun

The Wheel towers over all.

Like any Grey City, Glaem is dominated by its megastructure, a unique form created at an impossible scale, the oldest part of the city, the source of the 'reality field' which keeps Yggsrathaal and Entropy at bay. Gigantic, inexplicable and, as in any Grey City, almost totally ignored by the population.

It has been over 5,0000 years and the Megastructures have not changed. No interaction with them is allowed, or even possible, so they fade into the background.

It is a substantial background though. The Wheel lies over the city like a tilted cartwheel half buried in mud. One half arcs into the sky. It is assumed another, equal half, lies underground, balancing out the sky arc.

Through the city runs the Eisen River, and to each side of the Eisen spread out networks of canals and locks, like tarnished silver wings, carrying goods north and south, for the rivers of Blackwater run East-West to an unnatural degree. Emanating from those like the veins of a leaf are the heavy roads of the city, paved, flagged and fit for the cartwheels of goods and the un-ending stream of high-status visitors. 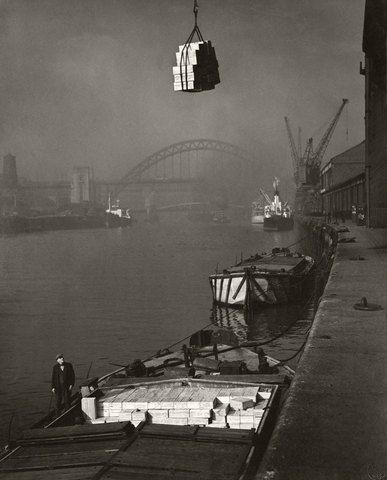 Less physically imposing than the Wheel, but considered much more deeply by all the people of Glaem is Tower of Infinite Calm. Slender and modest against the Wheel, but one of the largest non-megastructure buildings in Blackwater.

This is the centre of the Tolerance, the grey-clad, supra-governmental, near extra-legal inquisition which, ever since the Treaty of Birch Falls two and half thousand years ago, protects Humanity from itself, watching over all, guarding against both Yggrathaal and unrestrained religious or interethnic conflict.

The Tower of Infinite Calm is perhaps the most feared place in Blackwater. The complex surrounding it is huge, millennia old, the size of a cathedral at least, and the secondary and tertiary sites of the Tolerance, some visible, many not, spread out through the city like the mycelium of a Fungus. Grey-Robed priests ride grey horses, locked and barred grey carriages disappear into backstreet compounds, grey barges arrive bearing grey seals of the shattered serpent and disgorge unknown cargo into grey warehouses.

All seen, and not-seen. Though the Tolerance plays a massive, even dominant part in the cities life and economy, at the same time, everything it does happens as if in another world, as if seen though grey glass. No-one speaks to them in the street. No-one visits them. No-one complains. No-one boasts. It is as if they are not there at all. 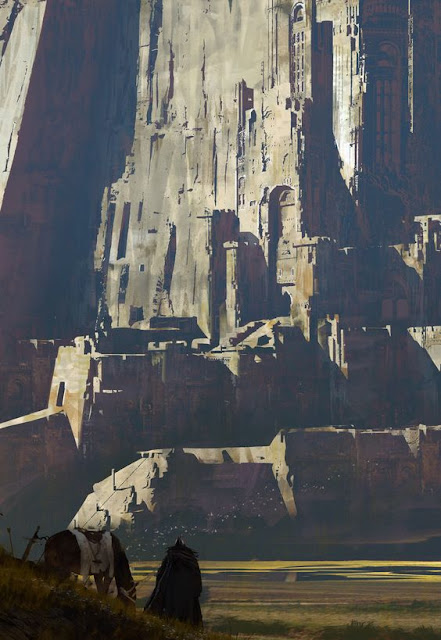 More vibrant are the huge number of Embassies, Hotels, Houses, Compounds and Palaces belonging to every City, Queendom, Corporation, Guild, Society, Conspiracy, Merchant Band, Intelligence Agency and Newsgroup in Blackwater. Safe, connected and with a well-educated populace, Glaem is a city of Embassies. In its central districts few streets are without at least one and its lanes are famously clogged with pompous carriages hauled up by the side of the road and left while their owners attend some vital meeting, (of course, they cannot be moved, the owner has Diplomatic Immunity).

Ambassadors, agents, servants, merchants, clerks, spies, hidden bodyguards and feather-helmeted ceremonial guards, it’s rare to go long in any major street in Glaem without witnessing or bumping into at least one.

Spread out around the borders of Glaem, each equidistant, so that they form a pentangle, are the five Gravatic Slums.

These five districts in particular, Jinwon, Jintuh, Jinfree, Antymat and Mergence, each occupies a strange irregular declivity, a kind of pit in the earth. They are slums because, for as long as the city has existed, these places have experienced magical hauntings, fluxions of natural law, objects floating, falling sidewise or upwards, lenses of light appearing in the air, detritus and even stone material being found ultracompressed or strangely spread about, and many tragic disappearances.

Though such occurrences are uncommon, the slums are not safe, they were built upon last and the poorest and lowest people of Glaem have always made their homes there. It is here that the Theorists and Immunity Gangs wield the greatest power.

The vital centre of the cities deranged civic government, is the Ziggurat of the Tyrant of Glaem. A multi-levelled pyramid full of meeting halls, offices, entryways and always bustling and humming with crowds and chaos.

The Civil authority of Glaem is elected randomly, and at random intervals.

These are the Lottery Lords, the Tyrants of Glaem. As a result of its Great Lottery absolutely any legal citizen of Glaem can be catapulted into the seat of executive power at any time. It is illegal to avoid this service and illegal to leave it (until the lottery decides otherwise).

As an adaption to this state of affairs, Glaem has one of the most politically-educated populaces in Blackwater. Since any random idiot could attain Total Power at any moment, the city culture tries to make sure that there is at least a reasonable chance they might be competent.

Of course, with much of the substance of Glaem being controlled by the Tolerance, who are beyond most law, or by various embassies, guilds or companies, or by the gangs of the Slums, the amount of actual practical power a Tyrant of Glaem actually wields is not necessarily that great, which may be for the best.

Still, the civil affairs of the city do have a lively, hectic, knockabout atmosphere.

Nearly unknown, or at least unconsidered by most, are the estates of the Eld-Kin. Ancient houses of long-lived, wealthy, and very noble Aeth. Secretive, with small numbers, often decadent and strange, the Aeth Houses still wield massive power in the city, through few would realise it.

One final curiosity; the ceramic paths.

These corridors, walkways, tunnels and tubes, form a kind of invisible, slight network running all over the city, each emanating from its direct geographic centre.

Guarded and watched over by the Navigators Guard, often called the 'Forgotten Guard' for all the attention anyone pays them, these amount to a series of clean, silent, empty corridors spread over the city like a fine web.

The Ceramic Paths have been there so long, nearly from the beginning of the city, and do so little, that like the Megastrcuture, they call almost no notice.

The 'Forgotten Guard' in their Verdigris stained armour, stand resolute but ignored in minor archways or guarding small stone or stations in the middle of nothing, like forgotten municipal tombs.

The city is so full of intrigue; the silent terror of the Tolerance, the magnificent guards, parties and ceremonies of the various Embassies and Organisations, the violence and debates of the Theorists or Immunity Gangs, the commercial thrum of trade and manufacture and the anarchic chaos of the Lottery Lords, that no-one notices the Forgotten Guard at all.

The players must learn to notice, because they have been hired to rob the Emperor of Glaem, and the 'Forgotten Guard' are the Emperors Guard, and the plays will have to outwit them to reach the Emperor.