Fire on the Velvet Horizon, that hipster Monster Manual that China Mieville liked


"Superpositioning with strange panache, Velvet Horizon is an (outstanding) indie role-playing-game supplement, and an (outstanding) example of experimental quasi-/meta-/sur-/kata-fiction. Also a work of art. Easily one of my standout books of 2015." - China Mieville


Ben Milton did a Review-

And we have added the following backmatter, previously only available in the Luxury Peecho edition, to ALL editions;

Now exists in three Print on Demand formats of varying cost and quality. Which, for us, is actually a careful rationalisation of what we were already doing. 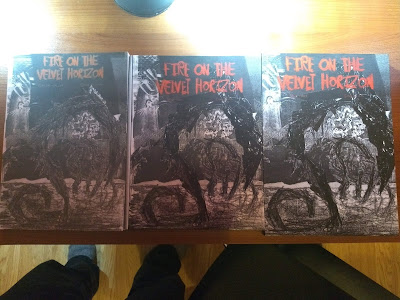 From Lulu. A perfectly reasonable and normal book for reasonable normal people. 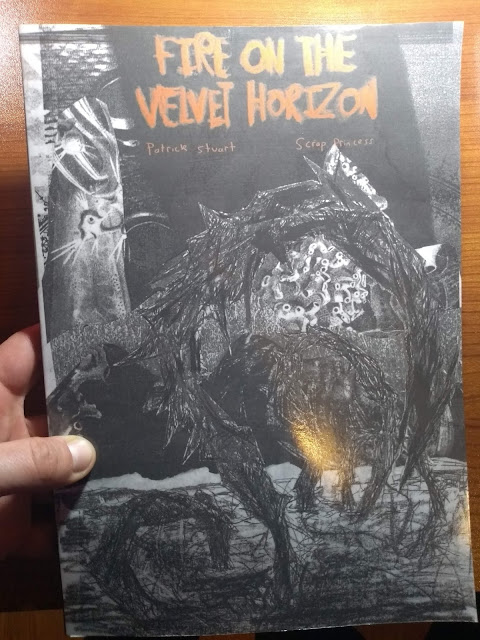 Softcover. If you rolled it up you could defend yourself like Jason Bourne. 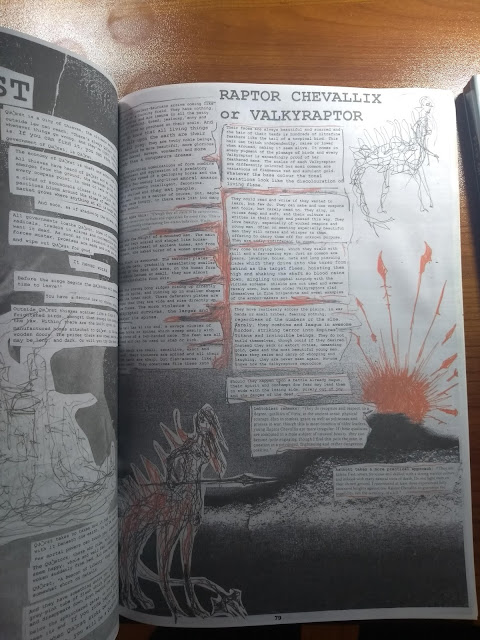 SHOULD BE - about $35.00 AMERICAN. That's U.S. dollars, but check because stuff moves around based on relative currencies.

From Drivethru. A somewhat fancy and robust book in an American size. 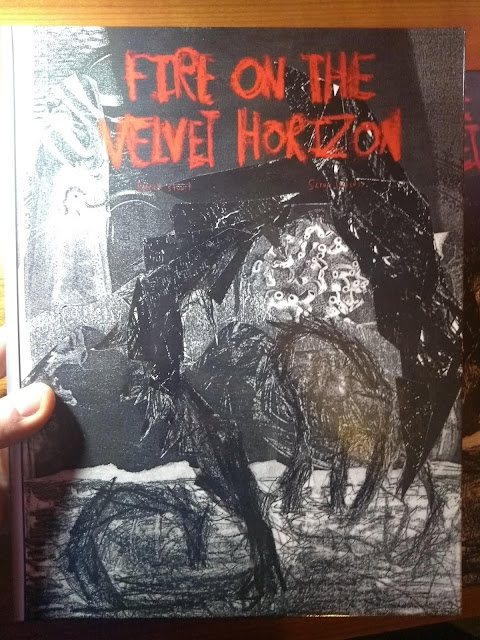 This has all the monsters and all the pages from the original edition.

And its U.S. Letter size, so a little shorter and fatter than the A4 version.

The paper is thicker, the blacks are blacker, you could crush a Trachea with it. 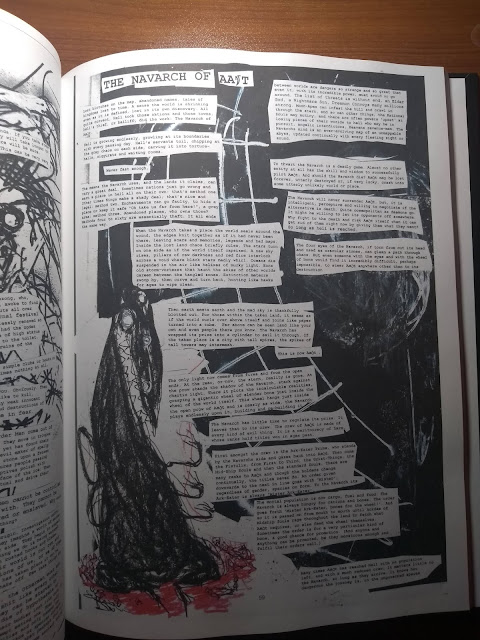 SHOULD BE - about $39.99 AMERICAN. That's U.S. dollars, but check because stuff moves around based on relative currencies.

And, from the False Machine Publishing store you can access all the other stuff we have up, like the new Silent Titans PDF, the very old Deep Carbon Observatory, and hopefully new stuff coming over the (next several) year(s)

For those of Means we have....

From Peecho, a site which usually does fancy photo books. 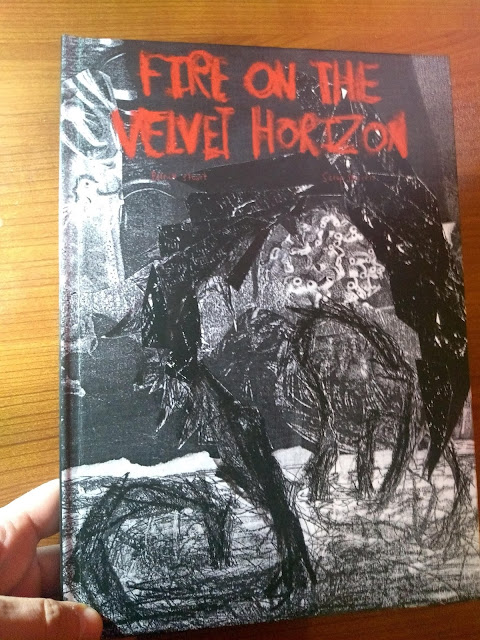 Like the Drivethru Fusemeister version, this has all the monsters and all the pages from the original edition.
AND its in A4 size, tall and lean.

And its in Hardcover.

Its on thick, glossed photography-quality paper.

The blacks are so goddamn black you could drown in them. 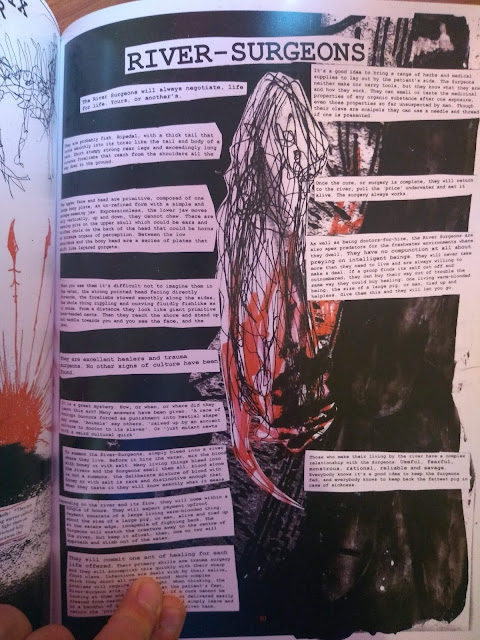 It is a thick, heavy product of unsurpassed quality.

SHOULD BE - about $50.00 AMERICAN. That's U.S. dollars, but check because stuff moves around based on relative currencies.

Remember we did a trailer for this? Well we did. Here it is;


We are sorry about the text being a nightmare to read.

If you buy a version and have trouble reading it,  contact us - pjamesstuart@gmail.com.

And we will send you a full text version.

Plus we are working on a plaintext PDF to be free with the Drivethru and PWYW on there.