As always, the basic ones are always hardest to write about.

I think this might currently be one of the shortest entries. The more rare and specific they are, the easier it is to generate contextual detail, so the wierd ones tend to be longer.

This may end up being added to or re-written at some point, we will see.

Without thought, the Real could not exist (or so the Theists claim).

So why trade the desire to understand for any single part of that reality? To do so would be to swap the shaper for the thing shaped.

With knowledge and understanding, all things are possible, and without them, nothing is. So your path is set; to embark upon the greatest of all mysteries, to comprehend the substance of reality itself!

Yes, it is true that the ritual enactment of a more enlightened paradigm can, for instance, explode a pig like a firework of meat, melt through a cathedral door or turn orphans into raspberry jam, and yes, in theory, stop time, raise the dead and quench the sun. But that is not the point.

You did not start down the Path of Knowledge simply to turn people into jam (though you can do that), you did it to understand, and to illuminate the world with the light of truth and knowledge.

For the world is strapped in glaucous sorrow, its people enmeshed in poverty and despair, or cheerfully submitting to ignorant autocracy and hysterical pseudo-intellectual cults.

Some of your kind call the ignorant mere children, bawling and crying in the small but certain dramas of a child, thoughtless and stupid, best ignored or cast aside.

Not you. The unveiling of reality is one thing but the actions of those right in front of you are a fascinating and endlessly recursive mystery, darkly written, but varied and rich in meaning.

How bravely they set about their adventures! Often, it's true, without a glimmer of thought in their heads, but look at the nerve and the boldness displayed! The quick cunning and doughty perseverance!

As for those few you know well, they may be foolish, and unlearned, and materialistic, but they are your friends. There may be many like them but these ones are yours. Though they will likely never fully comprehend your cause, it would be cowardly indeed to feel no sympathy with theirs.

It is hard. In this uncaring reality, those who seek true enlightenment are few, and others, no matter how well meaning they may be, do not truly understand. Often you must bear the burden of your intellect and heavy wisdom alone, but this is a challenge you easily accept.

There are many dangers. Not just the moral hazard brought by the mere physical rewards of your reality-defying 'powers' (a crude approximation of a term), but threats and temptations of which lesser minds could barely comprehend, let alone resist.

Fortunately, you are aware that you possess near-infinite reserves of self-control. So, if while on the path the True Understanding, you should happen to gain the power to barbecue armies or turn off the sun, you know you will only use them in in situations of absolute moral necessity. Such abilities are much safer in your own hands that in those of other, darker, or simply more ignorant beings who would otherwise possess them. For the safety of Uud, such knowledge should remain with you.

Yes, the horizon of True Comprehension seems to endlessly recede. At present you are deluged with the casual frustrations of an uncaring material world. Tiresome things like 'rent', the price of food or the unavailability of that one particular book you need.

This will not stop you! There are deeper realities, deeper truths, more fundamental understandings of 'what-is'. Just because people are basically ignorant doesn't mean its right to leave them that way. Knowledge is a gift to be used for the good of all. Free the mind, free the world. 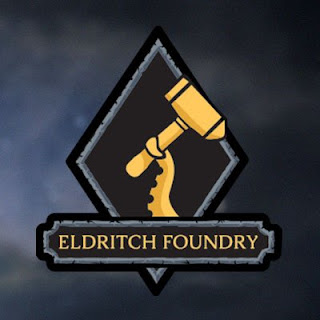 Here is the site.

Still not much there but I am working on the labelled world map (more like continent map) right now, so in a week, or more (probably more), there will actually be something there for you to see.