We are doing the same thing again, but for less money!  - KICKSTARTER LINK AT THE BOTTOM AND ON THE RIGHT.

This might belong to the Sci-Fi universe conglomeration of thoughts I was considering here;

Exo-Suits of the Hot Girls
Hackships of the Cryogenic Rats
The Omnistructure in Decay
A Hoard of Ice, a Throne of Gold
Science Fiction Fortifications

I guess these are all part of the same developing paracosm? Now mixed with Uud, and mixed with Gawain?

Pilgrims of the Green Moon 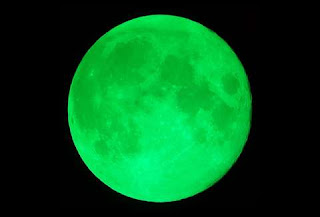 Fractured and crypt-locked engrams records recovered from an Eon-sealed and somnolent artificial archivist indicated that, beginning in the year 22,593 one such Genarch embarked on a solitary search for loc/vector relative-point-stable biome codenamed only "Green Moon".

Sadly, the file locations are scrambles and it is impossible to tell which locators, descriptors and actions apply to which.

1. Tomb World orbit.
2. Unused LaGrange for a system quarantined as Paperclip-class nano-disaster.
3. Trailing in the exhaust-shadow of a migrating Yg-Fleet.
4. Orbital array of the Ice-World Indigo-Phi.
5. Sim-Space injection beyond the orthogonal zone.
6. Penumbra of a militarised Glass Cage Exoworld.
7. Unmarked and stagnant move-route in the Wir-Heal nebulae.
8. Rad-wrecked starless dockyard with deleted ident tags.
9. Roguespace conglomeration.
10. In the orbit of the Green Moon.


NOW LINKS - HIT THE IMAGE OR CLICK HERE FOR THE KICKSTARTER 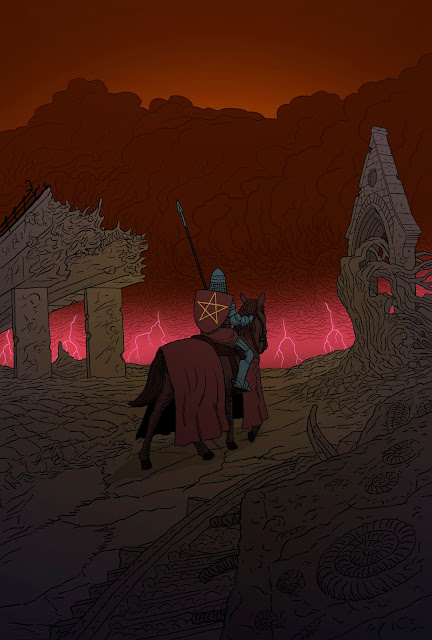 Well, we failed last time so whats different this time?

- Cut the profits from any backer books out.
- Displaced postage onto the BigCartel store to be paid separately.
- Reduced the number of books.

Total to hit is waay lower. Postage has been removed from that total so it may still be a challenge to get there BUT we will have longer and the fact that the total is potentially achievable will hopefully raise our spirits and yours and keep the whole thing feeling like a real possibility.


(Also, I now have a marketing twitter, https://twitter.com/pjamesstuart, we will see how long I can keep that up).
Posted by pjamesstuart at 01:06