What do you think of this?

An encounter is any time the player characters come into contact with something potentially lethal, dramatic, interesting, useful, active or complicated. The exact borders of what it and is not an ‘encounter’ blur a little, if a nice old lady pulls out a knife then a social situations can turn into an encounter, if the PC’s bluff or persuade a potentially deadly enemy then a tactical situation can become a social one.

The Into the Odd ruleset which powers Silent Titans is not designed with elaborate tactical complexity in mind, this has been sacrificed for simplicity of apprehension and rapidity of decision, with the hope that the freed up cognitive surplus goes into investigation of the imagined world.

When running a combat encounter most of the interesting complexity comes from the environment, the social and personal situation, the strange nature of the opponent and the use of various simple and unusual objects, from rope to machine guns.

Here are a few fragments of typical old-school advice;

·        It doesn’t have to start with an attack.
o   Maybe the PCs become aware of a strange sensory element.
o   Maybe they have to make a bad choice and expose themselves to danger.
·        Make a sketch map.
o   Make the map interesting.
o   Its good if there are levels, things to climb and fall down.
o   Its good if parts of the map are separated, by a creek, a cliff, ruins, a fallen tree, strange rails etc.
o   Its good if there are things to run in and out of, things to hide inside, cover and occluded spaces.
o   Its good if there are things held in tension, like things held by ropes, things leaning against other things, large things that could roll downhill, things that could easily tip over, elements that can flow and escape like water, animals, oil or fire,
o   And of course its good if things can collapse or burn down, or break.
·        If an opponent can pick someone up, throw them, mutate them, blind them or alter them somehow rather than kill them, then that’s good.
·        Remind the players its always ok to run.
·        The advice about decisions, dilemmas and consequences all applies to combat as much as anything else; “You can try to save your friend, but it will expose you to this.” “You can try to get into a better position but it will lose you time and this might happen.”
·        Be honest and direct about risks and dangers.
·        By sympathetic and supportive, but roll openly and never flake a bad result.
·        And don’t do their work for them. 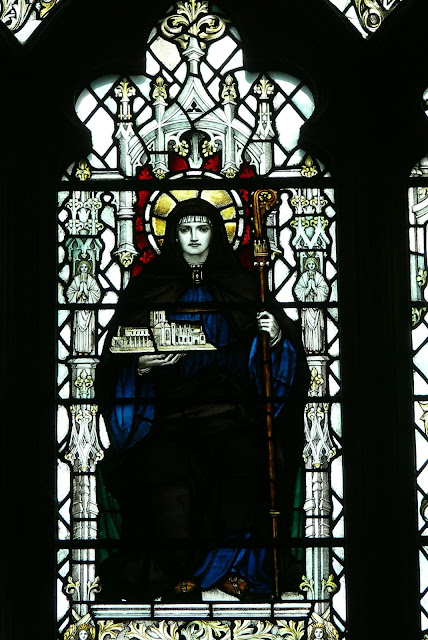 Miracle of the wild geese: Wærburg 4 had land in the country beyond the walls of Chester whose crops were being preyed upon by wild geese. The bailiff in charge  did all he could to drive them away, but with little success. So, one day, when he was in attendance on his mistress, he put in a complaint about the matter. 'Go,' she said, 'and shut them all up indoors.' When he realized she was not joking, he went back to the crops and laid down the law in a loud voice: they must follow him as his lady commanded. They formed a flock, lowered their necks, trooped after their foe, and were all penned up. The bailiff took the opportunity to have one of them for supper. At dawn came the virgin. She reproached the birds for stealing things that did not belong to them, and told them to be gone. But the birds, sensing that not all of them are present, refused to make move. God inspired her to realize that the birds were not making all this fuss for nothing, so she closely questioned the bailiff and discovered the theft. She told him to assemble the goose's bones and bring them to her. At a healing gesture of her hand, skin and flesh immediately formed on the bones, and the skin began to sprout feathers; then the bird came to life and after a preliminary jump launched itself into the sky. Although Wærburg 4 is never slow to respond to anyone's petitions, she is particularly close at hand to help women and children who pray to her.: 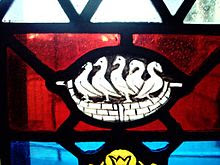 Email ThisBlogThis!Share to TwitterShare to FacebookShare to Pinterest
Labels: I am not a rules guy, Silent Titans