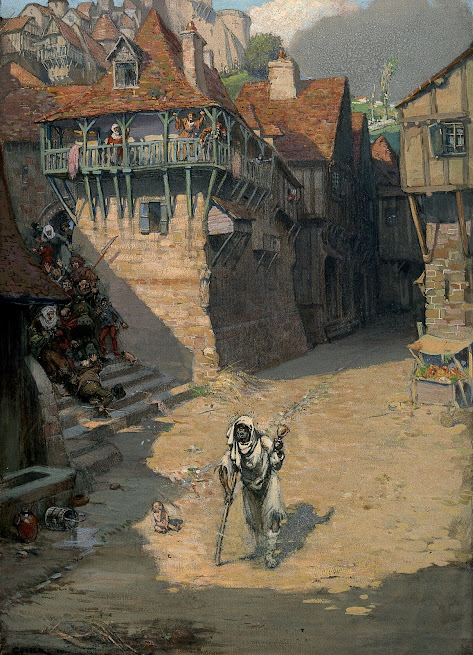 But behold! Some people actually responded to my post, and literally everyone who did a dungeon managed to produce something closer to my stated intent than I did.

(And thanks of course to Dyson Logos, whose map was the basis of the challenge.)

I shall link them in the order of their comments.

The oldest of the Old-School, JB from BX Blackrazor bestows upon us this. Terse, minimal, classical materials. Do you need a lot of fancy bullshit to run an adventure? This dungeon says NO.

The Tower of the Red Dome

That's not what its actually called (I don't think it has a title), but your boi James Maliszewski of the blog Grognardia, has produced an ultra-minimal dungeon for the famous, and by many, considered quite difficult to access, world of Tékumel. He applied himself to the challenge of describing every element in no more than three lines.

A lovely gothic and highly playable dungeon by Joseph Manola of 'Against the Wicked City'.
Not just the only creator brave enough to put a sex-cult in his dungeon but also an excellent 'forensic' dungeon (you can re-build the final events of the doomed cult) which rewards historical investigation, an elegant balance of investigatory and deceptive alternate methods with trad dungeon bashing and also something which, with ne or two tweaks, could be easily integrated into anything from a historical setting to a classic D&D world. Also an excellent example of clarity, brevity and prioritisation in text description making something very playable.

Terpsichorean Sodality of the Bird People

Brought to us by long-time commenter Solomon VK from World-Building and Wool-Gathering.
"Monedulus Alleline, a man with the head of a jackdaw, paces nervously.. If surprised he will jump. He may be reciting prayers. He will give a cold welcome to newcomers. He is deeply worried about the coming rites, and dreads Vansittart's proposed alterations."
Nice.

We got another long one boys, this one from Louis Morris.
"Please find attached my attempt at the Dungeon Poem Challenge. Not only is it much too late, I've also managed to ignore pretty much every element of the briefing except the map and possibly the word 'art' in 'artpunk'. That means it's comically long, not especially poetic, and probably not very functional either; it's meant to be system-agnostic, though it only really makes sense in a setting that's close to 20th/21st-century Earth. Given all this, you should obviously feel no obligation to mention it on the blog, though if you did want to put a link in a small addendum to the last post then that would be fine by me. I enjoyed making it anyhow!"
Don't worry Louis, ignoring pretty much all the instructions of the challenge is the norm here.
Likelihood of this being Kent in disguise? I'd say 1 in 6.

Dan Sumpton of Peakrill actually did a poem! Its all haiku!

Nick of Daayan Songs Translated brings us The Vulnerary House in both blog post and PDF form.
"- Who else? 1-a noblewoman begs her son to come with her. His gaze is unfocused. 2-a pregnant wife kneels at the feet of an old man who tousles her hair, gentle, yet absent 3-A boy hands an enthusiastically fashioned, yet crudely painted toy boat to a distant seeming man. The man weighs it momentarily, before pressing it back in the boy’s hands . 4-A woman, expressionless, head shaven, kisses a crying infant. She gifts the wailing swaddling to an old woman who nods and leaves, cooing to the child."

Your boy Peter Webb didn't use the right map but sent me this and I'm putting it up because I like him. 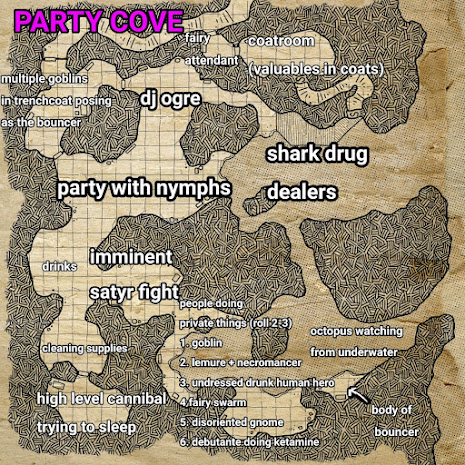 Holy fucking fuck. Her Christmas Knight, the guy who writes extended comments on my blog longer than the posts themselves, brings us a precis of the ideas from some kind of epic Jack Vance/Gene Wolfe collaboration. Heaving with concepts and blistering on the boundary of glorious but terrifying near-unplayability (or is it?) this truly fucks the frame of the concept of 'Artpunk', whatever the fuck that currently means.

From your boy right here. Massively overwritten. Arguably not that artpunk. Did I even do an encounter table? Kinda. At least its a PDF. Patrick should try to remember his own concept next time.

The Court of Hell

Enthusiastic Skeleton Boys brings us 'The Court of Hell'. Down to two pages! Original concept! An image post and some actual illustrations! Another good contender.

The Song of Snow and Sun

Zzarchov! Our Lost God King turns in his mist-wreathed bed of tattered finery and from his battle-scarred fingers drifts 'The Song of Snow and Sun'. Its two dungeons in one! He did a PDF! He put a song in it!

“for any peasant girl,
lonely in the mortal world
Take the twilight ship to elsewhere
for any noble boy,
born and raised a castellan
take the twilight ship to elsewhere
the bard amidst the burning hall
the smell of wine, the siren’s call
a devilish grin, to rule the night
they march on and on, and on, and on”
The winner? Possibly.....
(I will not be announcing a winner but you can pick one yourselves if you like.)

From 'Coins and Scrolls'. Finally you have a chance to join the Skerples train.

'I Don't Remember that Move brings us MASKS! You know its artpunk if there are needless masks. "skinless pink things like cave salamanders stir in the oily water. They attack if you try to help him." As true today as it was yesterday.

A Peer Beyond the Alchemical Aleph Null

From the blog 'Foreign Planets' a dark-alchemy inspired dungeon in two versions. A 'Light' version for easy usability and a 'Dark' version for maximum pretension.

From the blog 'Whose Measure God Could Not Take, the Magma-Marred Clavicarcerum of the Scribe Jamesus. Ahh I remember when I could crank out mysterious stuff. Feels like a long time ago. He even has ferric snail in his.

From the blog Lapidary Ossuary. A classic one-page dungeon.

If you want to read some dungeons, read through, and if you like something, talk about it here or somewhere else. (Also people can keep submitting....)
Posted by pjamesstuart at 11:05

Email ThisBlogThis!Share to TwitterShare to FacebookShare to Pinterest
Labels: Community Identity Stability, Design, Do my work for me, Dungeons, OSR Circlejerk, WOooOO!