(Part of a series now I guess;
Char Gen for Soft D&D
Shinto in Cumbria
A World without Violence
Monster Brainstorm /
Goose-Gold & Goblins /
Looking for a Mechanic

In both cases I found the actual play (in Ryuutama) and what I perceived as play (in Mouse Guard, which I never actually ran) as being weirdly abstract and discomforting.

Ryuutama feels like quite a displaced 'dual pathway' system. Roll some dice for your abstract properties. Ok now do some roleplaying as instructed to in the text. Ok now roll some dice.

A lot of the ways you can usefully affect dice rolling are through thinking about logistics ahead of time? which seems odd to me for the game Ryuutama was presenting itself as.

Anyway; since our Ryuutama game essentially devolved into Old School D&D anyway, I started thinking about how you could alter the old school D&D rules and assumptions to produce a fundamentally different character of play.

(All of these illustrations are by Varguy - who does pictures I like which seems like they come from nonexistant Ghibli films.)


The primary and simplest one was the replacement of the standard reaction table with something with a more complex and subtle arrangement of social and emotional interactions.

Scrap once said that in my Adventures there was no real dividing line between Monsters and NPC's, which I think is largely true, and which I think is a better way of going about things in general. I've even started to use the word 'agents' in my head at least, when thinking about these things.

The basic table is very old school - its essentially about how much of a threat something is going to be to you *right now*, and if it isn't a threat then the nature of the interaction is blank and totally open, depending entirely on the predilections of the DM & players.

(OK I was at least partly wrong, this is much less tilted towards violence than I was half-remembering.)

Then to add complexity - throw in ANOTHER COLUMN.

I suppose this would actually end up somewhat awkward if you were rolling two sets of 2d6, so lets amend it so you are rolling 2 d12. After all, with a low assumption of immediate conflict, the necessity of a flat curve which reduces the likelihood of a combat encounter is less important.

So; roll 2 d12s and read right to left as they land

Right - This person is; 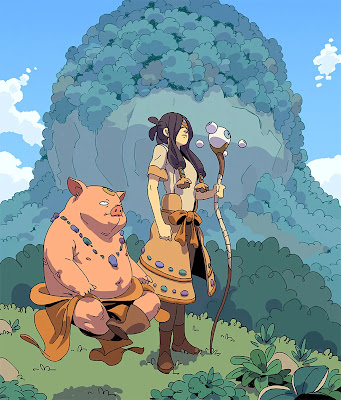 Hmm, perhaps I was inadvertently ripping off this Joseph Manola post?


Curiosity I've found about D&D is that languages *as they work in real life, don't really work well, unless you are in a city-like environment where there are many different languages spoken in a small space across multiple levels of society, meaning each language presents extra problem-solving opportunities, but if you lack that language, as its a city, there are usually ways around the problem.

In most D&D, if the majority of the party don't understand the local language, that goes out the window after a few sessions of play.

So in Ru-D&D, extra languages let you speak to unusual aspects of the world and you can spend the extra ones you get in character generation in the following way;

1 language - spend one to speak to a particular kind of vertebrae.

2 languages - spend two to speak to a particular broadly defined animal-type, like birds or four-footed animals.

3 language - spend three to speak to certain plants, rocks or limited natural phenomena, or the spirits which inhabit them. This always requires some complex diegetic expenditure of time or resources and tends to make the speaker somewhat odd.


This sounds completely insane in any diegetic sense but I think it might work.

Game starts - no PC has a weapon. Maybe someone has a walking staff.

No-one around them has a weapon. Maybe one old Adventurer in the village has an old sword they keep hung up on the wall. The village only needs one because that's how unlikely violence is. The place has lots of *problems*, but it doesn't have much *violence*.

Now, violence is still a possibility, and death can still happen. Hit Points still exist, its just very unlikely that you will meet anything truly, exceptionally immediately physically dangerous in the first session, first adventure or even the first levels.

And when you do meet them, they will have complex needs and desires; not just be directly violent towards the PCs in particular.


Sub-Rule; If you walk around with a weapon drawn, new people/agents/NPC's /monsters, won't talk to you, most will just run away. High status NPCs will strongly criticise you. People will be afraid. 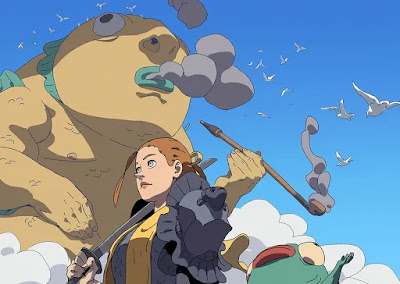 XP for FRIENDS and FOOD


Obviously the real treasure is the friends we made along the way.

So, XP for friends?

And/or, double XP for making two people or groups friends who weren't before?

And maybe TRIPLE XP for solving one of those complex open-ended problems the village has, like a lack of water, a bad sickness, a missing child or an alcoholic farmer (and by 'fix' I mean heal, you can't kill the farmer)


Optional Rule - XP for served food. I strikes me that one diegetic element which serves this softer play in a manner similar to that in which Gold serves standard Old-School play (encouraging ambition, conflict but also lateral thinking and problem solving), is food.

Sharing food with someone, being tolerated in their personal space, talking to them, being invited to share, are all major social milestones.

Kids bloody love food, as any kids series will show (I am also a fan myself). Getting special foods, and especially being *served* special foods, and sharing food and certain drinks, is almost a marker of your integration into local societies and your ability to integrate others.

If the old witch serves you Tea, that’s one point, if you can get her to bake you a cake, that’s another, or provide a feast for the Village, that’s a treasure hoard.

Of course the children/teens who manage to provide a feast for the Whole Village are going to be considered some badass motherfuckers (by Ru-D&D standards). 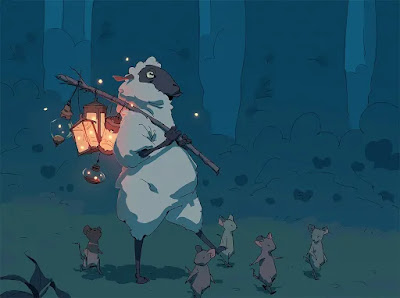 
Every adventure takes place in a year, possibly even across seasons.

After the adventure concludes, a year passes. The results of the adventure are incorporated into the home/local PC environment and all the social webs and local hierarchies are updated before the next adventure begins.

This is also part of how the PCs 'level up', they are literally growing up at the same time. 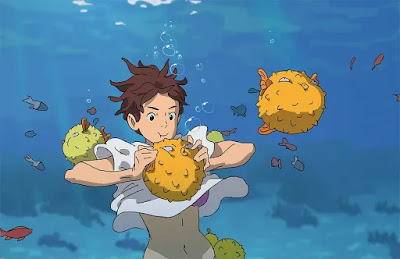 
Integration over time lessens the sociopathic elements of new character/player combinations, and invests people in the ongoing drama/development of their village or land.

So PCs are hobbits, at least socially. They start of young, and they have a place, like a village or something, and with each completed adventure they deepen their knowledge of and relationship with, that place. 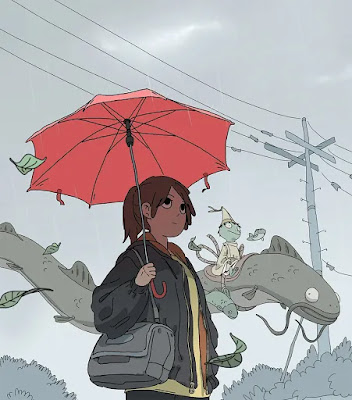 COURTESY INSTEAD OF CHARISMA


Not sure about this one.

Traditionally in fairytales, courtesy is extremely super-important. The more polite and socially perceptive you are, the better, and protagonists who lose their shit always end up doomed.

But Charisma, as beauty and personal magnetism, fits better into the concept of an embodied quality rather than a quality which the player can perform and perfect. While courtesy is something which Players can very much be good at, or, more likely, screw up to interesting result.

It might be engaging to be given a PC with very high or very low courtesy. It would give the player something interesting to play, especially if they were a child (the player) so it might be an engaging element of play regardless.

The idea of courtesy being in some way 'inborn' does match up with a fair amount of folklore/middle ages culture, where aspects we would think of as governed by descent and biology intermix much more fully in the minds of the observer. 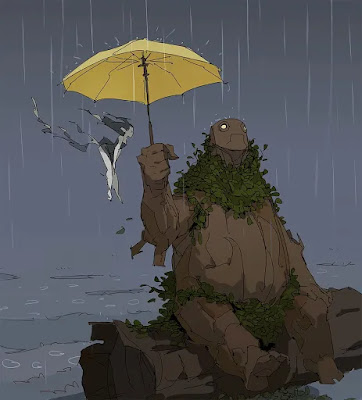