No doubt this is one of those ideas that someone had about ten years ago on a blog somewhere and I'm sure someone will link me to it in the comments. 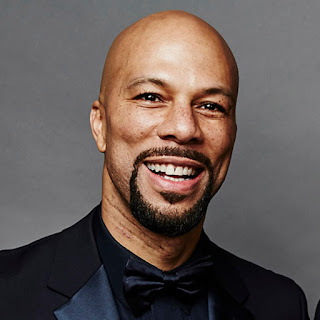 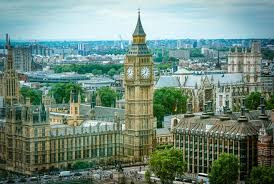 What would change if we just started rating everything with how backwards-compatible to BX it is?

Because that seems to be what most of us are talking about, effectively, when we talk about something being "O.S.R.".

I'll rephrase that. When we talk about something being "O.S.R.", we all mean something different and we all use a completely different range of references and ideas but if there is one idea and one reference than is more commonly and consistently used than others, its probably the swarm of concepts hovering around BX D&D.

Curious thing about the dual-face of backwards compatibility is its simultaneous conservatism and democratic accessibility.

In terms of 'design' and 'progress', having everything hovering around, looping away from and then looping back to simple old-school D&D is intellectual and (to storygamers anyway) creative stasis.

The thing with indy games and storygames is you can't really write adventures for them as easily, and if you do only people who play that narrow, focused indy game will, or can play them.

Instead you need to invent or hack a whole new 'game', like an Apocalypse World hack.

All of this fits neatly into that storygame space where a game is this focused thing, like a statement or a thesis, and it’s about one thing, the game itself has a 'meaning'. So everyone goes around making new games but with a common, fluctuating store of mechanics.

Then you have an OSR space where the basic mechanics of 'the game' are broadly set, and where, ideally, the 'meaning' of what you are doing is open to investigation and interpretation during play and working that out is itself part of the game and where what people are mainly doing is making adventures, rather than making new games.

The conservatism of everything being backwards-compatible to BX, or something like it, means that everyone setting out to make an adventure has a shared language, and a potentially shared market. A huge market.

And because the rules are simple, free or easy to distribute and widely available anywhere, then you have strong equality of access to the basic ideas needed.

When you break away from that, like with the latest gen of retroclones, Black Hack, Into the Odd, Knave etc, not to mention Troika which is totally uninterested in being backwards compatible with BX, all of these bend the format, try to do something new, try to carve out their own little space. But in doing so they fragment the great, messy, dirty pulsating island of BX-compatible D&D

I'm commenting here not to condemn - most people have sound reasons for doing whatever they are doing, or even to largely persuade, at least not to strongly persuade people to any particular axis of action. I find generally, people are better off left largely alone to do their own thing.

But if I did want to persuade people of anything it would be more to persuade them of the potential value of seeing the world in a particular way, and of seeing this vast pool of backwards-compatibility, as low-status, dirty, common, messy, often very bad, and definitely not 'cool', not the kind of thing any individual creator can be 'proud of', but as seeing this big pulsating island as a kind of useful, even noble, commons of thought, and specifically, one that gives a really wide range of people, the people you might care about if you are a lefty, marginalised etc, but also just totally random people, people you weren't necessarily thinking of when you imagined 'accessibility', equality of a sort, fairness, or as close as we are getting, and a shared market.

So it is worth maintaining and contributing to this huuge, dirty pizza-slice swimming pool
'the BX Commons' because its hugeness aids everyone

Of course this is loathsome to anyone who cares about political and moral purity. The existence pf the commons, of true , actual democracy, means you have to, at least in theory, share a paddling pool with those you despise and wish to drive out of existence.

Thing is, if everyone’s wee microgames and personal versions work out and if everyone gets what they dream of, then the commons disappears and we all starve, which is interesting to think about.