Exo-Suits of the Hot Girls.


Sometimes it’s hard to hear the signals of a parallel world.
It’s been a while since I received any news of my parallel self and his R.P.G ‘River ofShadows’. It looks like in the intervening time some kind of science fiction expansion has come out.

In the future mankind has colonised every available star system with slower-than-light colony ships. Civilisations communicate with each other continually but slowly. Everything is hyper-civilised, overdeveloped and boring. No-one is allowed to do anything interesting or dangerous as they live in a perfect climax civilisation.

If anyone wants to be original or take a risk the only thing to do is try to explore one of the cold worlds. These are exo-planets lost in the lifeless voids between stars. Dark, ancient and cold. Many terrible things are buried there by timeless dead races beyond the comprehension of man. 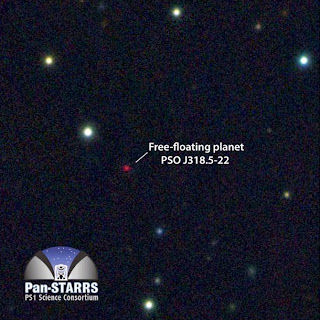 Because governments are boring only radicals will explore the dead spheres. They scrape together scrap-tech with private capital, jury-rig a disused colony ship and head off in cryo sleep to the space between the stars. There is nothing out there so they have to take all the energy they will need with them. They know they will return in a thousand years-plus, relative to when they left, everything will be different. They don’t care. If they come back, they will change everything.

No-one makes tech to survive the alien weather systems and awful mysteries of the cold spheres, so they have to build or cludge it themselves.

The odd thing about this game is that all of the explorers are assumed to be hot punk girls. No explanation is given for this.

Suits the girls are riding.

5.      Experimental Tomb-Analysis jacket. Produced as marketing test-prototype by futurist clade for predicted market of sunless explorers. Market failed to arise. Suit highly modified by billionaire performance artist as commentary on the creative tension between visions of the future and the now.

But you can still totally tell they’re hot because…

1.      Impact-jinxed medical-array holo-field accidentally spits out glimpsed bodyslices like a fucked projector. Images hang like a halo in the O2 exhaust around exit vents and pipe fractures.

2.      Punk pilot made naked figurehead of idealised self for sensor prow of own exo suit for easy identification and political statement. Carved from adulterated chem-ice perma-frozen in tomb-world chill. Apparent ‘sweat’ on own naked form shows melting, indicates dangerous temp change if sensors non-functional. Figurehead melts at end of each mission, re-carved again for next insertion.

3.      Pilot is dancer from full-bodylanguage Logo-culture. Speaks with limbs as well as voice. Convinced no-one can understand her without seeing her. All flat outer surfaces masked with cheap paper-thin LED screens showing endlessly gesticulating body of pilot from every possible angle. Screens persistently glitch and madden.

5.      Pilot has own face projected on front of mech-head so partners and following cyber-dogs can see facial expressions during radio chat. Emotional valancy adds to cognitive bandwidth during key communications. Dogs and colleagues can follow eye movement and trace line of sight for non-verbal instructions and to spot attention patterns. Has taught mech to shrug

8.      Pilot ripped out sensor dome and replaced with zorb-ball of nano-active smart water. Defends against cold, heat, all EM frequencies, exudes and compresses to defeat physical attacks. Pilot floats naked or semi naked in centre of clear blue sphere like the pupil of a giant cyclopic eye.

9.      Sensor tentacle-tips implanted in the heads of human-scale android sculpts of pilot dressed either in radical fashions, or not at all. Android dummy sculpts either swoop through air carried by extended pseudopodia in back of head, or walk across cryo-blasted zero-plains on apparently naked feet, or in heels. Spy arms puppeting move-style of creator.

Email ThisBlogThis!Share to TwitterShare to FacebookShare to Pinterest
Labels: And keep your concourse in the deeps of his shadowed world, Cryogenic Rats, Cryptoculture, Not Useful?, Pretty obvious Placeholder, ROS, Science Fiction, Sculpture