BEHOLD WE VOMIT FORTH OUR LUMINESCENT CHILD 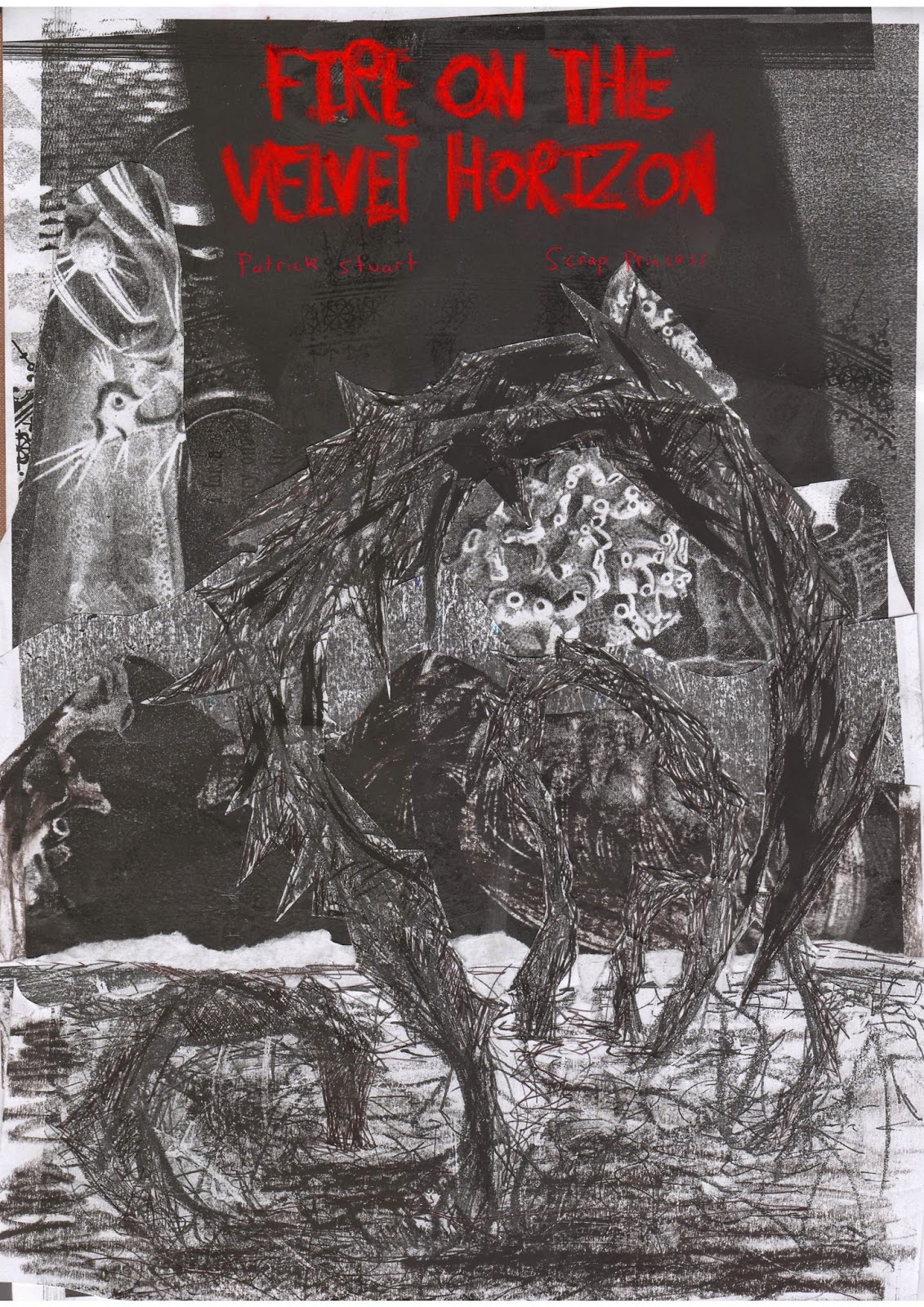 So as not to offend God with the perfection of our work, Scrap and I have deliberately included some tiny errors, see if you can spot them!

We are sorry about how expensive it is but it costs a fucking bomb to print on Lulu. We actually make a bit less of a profit from this than DCO.

we invented a new letter for the alphabet and included it in the book. So technically its written in a new language. Anyway, if you want to know how this new 'Hck-a' letter sounds just click here: 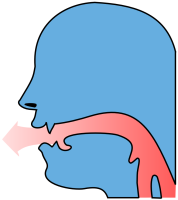 And in addition, to avoid this being a pure pimp-post, we have dual-interviewed each other so you may discern our secret thoughts and gain an entry into the workings of our sexy and glamorous partnership. Here is Scraps interview with me. Here is my interview with Scrap.

Here are some project-relevant questions:

PS - Was there anything that when you drew it you were like 'yeah, still
got it baby'?


SP - I never really doubt my drawing, well in the way that one wouldn't
doubt the weather. Eventually everything shows up.
But Bedlam bird I was pretty pleased with

PS - Was there anything I wrote where it just mystified or blathered you as
to where I had got the idea from?

SP -No everything comes from england anus of the underworld. No hang on,
Qu@rst. I drew this nice city not even really for the main book idea
you turn it into this Thing. Strangel got all weird too.
Capitaluators. I woulda gone with Bug men who fight you and you
fatalistic apathy assassins who can hide in you in a complete new way
of monsters hiding in people


PS - Was there anything I write that you especially liked?

SP -Thug Bugs. Stegloswan. The Hadeans. The Dreamons for the imagery of
them ripping up the world coming after people. The suggests of
adroable persnicky personality in the cryptospider and discretion
bugs;  "even as big as cats!"


SP -YEah. 1st /2nd edition has a lot of things that bug me about them that
makes stating hard for me , especially if I want to keep them relevant
to various baseline monsters. Like how say a bear swipe is assumed to
include the strength of the bear in the size of the die, while for
humanoids they will have strength bonus. Armour class not saying which
is due to the hardness of the monster and what is its getting out of
the wayness. And claw claw bite.
Basically if I write stats with the information I want in them its
hard for my own kludge system to not dominate. And playing along with
all the stuff that bugs me, bugs me. Also stuff like remembering that
most systems have saving throws rather than stat checks etc. I'll get
more familiar with Lamentations system soon and maybe I can use that.

PS - Is there anything you would like to see drawn by someone else to see
what they would do with it? Which monsters and what artists?


SP -Zak doing the Strangel off the top of my head. Matthew Addams doing
Thug Bugs. Shoe Skogen doing a meremaid or a monster maiden?
Aaand for someone I'm not friends with umm Unomorale z doing a dreamon
(https://www.google.co.nz/webhp?sourceid=chrome-instant&ion=1&espv=2&ie=UTF-8#q=uno%20moralez) 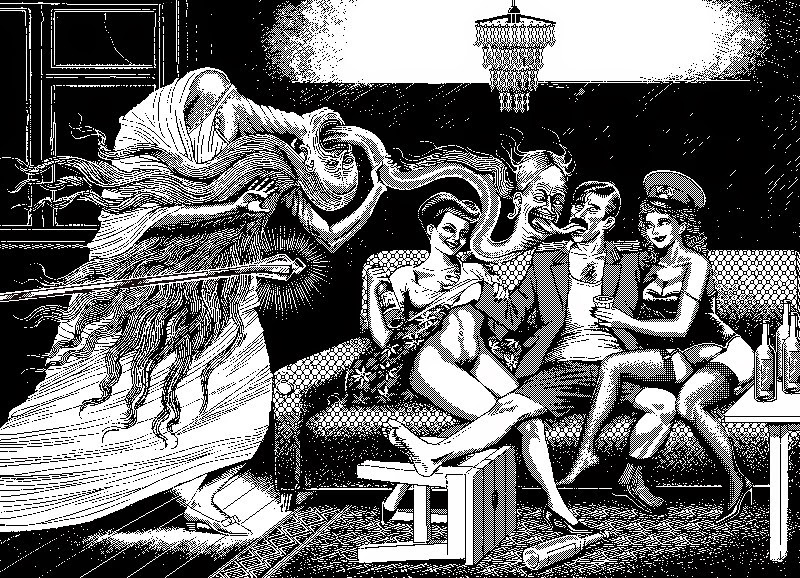 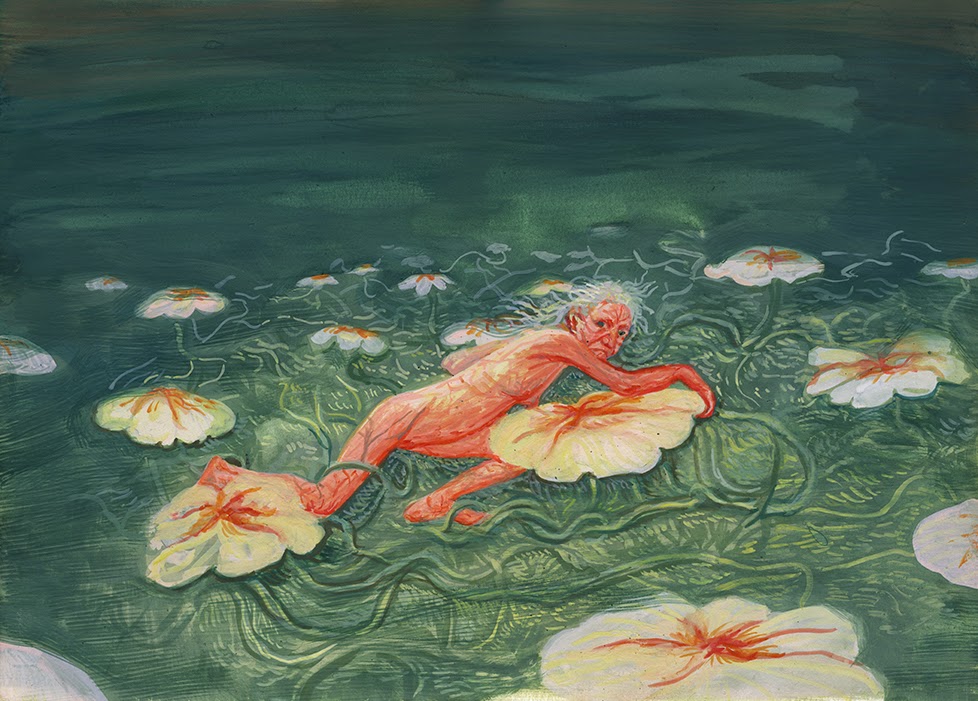 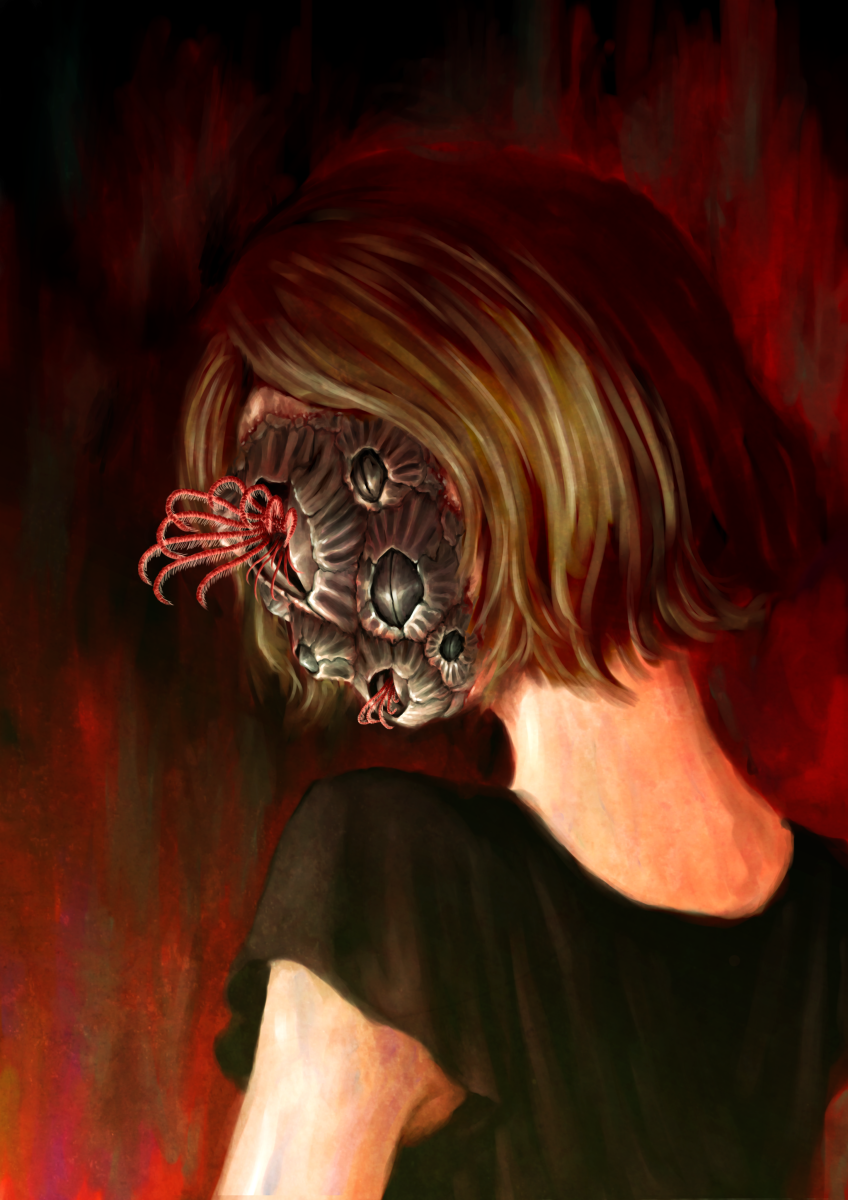 PS - Who is the best artist currently drawing that I don't know about?


SP -Did you know those people I mentioned? Otherwise do you know Julia
Gfrörer or dunno, you follow me on tumblr so you'll see whatever
artist I like pretty dang quick.  do you know my friend Renuka Rajiv
stuff? http://pithbull.blogspot.co.nz/ PS - Who is/are a good artist(s) on the internet but unfamiliar to DIYD&D
people? SHOW YOUR WORKING WITH PICTURES.

PS - Who would you get to play Leptoblast, Zenithal and Ashkott in the film
of the book?


SP -I am terrible at remembering actors. Um Leptoblast ; Stephen Fry but
he can't play himself. Get him drunk and maniac and defensive.
Zenithal :  Claire Skinner as seen here
https://www.youtube.com/watch?v=4kF5f8BPPDU&t=52
Ashkott :  I wanna say Gene Wilder but its a subversive fit, closer
would be .... who played Bubbles in the Wire? ..
Andre Royo
(I wanna clarify my answer about Ashcroft

PS - What other things are you currently working on that readers might be
interested in fellow human Scrap Princess?


SP -Wide On For Destruction; it's like the mutant dollar store version of Feng Shui.
Islands; its that world is islands thing but with more tables and
drawings of sharks


PS - Should we end up linking our creations into a giant 'shared universe'
Marvel Comics Style?


SP -Fuck no.  But like shit can drift in and out of the cracks. The
borders of everything are both thin and vast.

PS - Are you glad we went for 100 monsters even though it nearly drove both
of us mad?

SP -Yes. It fears me. It likes you though.


PS - Was there any weird idea you wanted in the book that we didn't get in?


SP -More city stuff? A map? That's not really that weird. The weirdest
idea I might save for the hard cover. There was some kind of city
stalking thing that I can't remember now. I wanted more stuff that
would kill you in cities. There is quite a  bit actually now that I
think about it.

A bibliography/further reading with a bunch of absurd books then.

PS - What is/are the main difference(s) (for you) between a Patrick-lead
project and a Scrap-lead project, both in the working pattern and the
finished result.

SP -I think you stay focused on a particular vision more when you lead the
project. And your ideas go sadder and there is more Horizons went
someplace weird and it took in a lot along the way. Like Horizons was
"go do this thing" and 6 months later its a back with all these travel
storys and parasites and its still drunk.
DCO knew where it was going , went there , and then was silent before
the endless abyss below it.


And here are some questions I asked when I was drunk and tired:


PS - Once you told me that when you were drawing your job was 'to be a good
glove'. What goes through your mind when you draw?


SP - That often I'm watching myself draw, like the drawing is happening
through me, I just happen to be what it wears. Though its more like a
conversation or dance or a argument. So imagine a shapeless thing
wearing squirming gloves that argue with it.
That's me but plus action noises.

PS - Is it good that we are friends? It feels like it is but also you are
almost literally as far away from me as a person can get and we may
never actually spend that much time around each other in the physical
world.

SP - Its good but its weird being friends with someone that you can't test
with the definitive test of friendship , ie showing up at short notice
and staying on their couch. I would love to blithely dismiss the
entire internet and condemn it as good for squirt and pits but there
is no way this alliance would of happened without it. I think 90% of
the reason I bother putting art into the world is to somehow generate
more art that I like. So colabs is good.


PS - Why do you love the things you love?

SP - Mainly because they successfully distract me from wanting to die? I
love art because it I feel the realest when I do it and it makes the
world more like the bits of me I like art. I like nature because its a
horrible endless process of exploitation and grinding need but it
generates complexity and novelty like utterly nothing else.
I love Tiamat because she doesn't care and will destroy us and
everything we hate.
I love not being on fire because all my skin stays on and my lungs
don't blister and burst. I love the existence of life because is force
and result of entropy but manages to be brittle uniqueness in a near
endless nuclear void.


PS - What is beauty to you, how do you see it in the world and how does it
feel when you experience it?

SP - There is beauty that's like deep chemical beauty like a sweet butt or
the flicker of a eyebrow with a twitch of a mouth, and there is beauty
that's like dunno entropy and sublimation. Like a rotting car part in
the shape of a bird god that loses your stuff but cooks dessert at 3
am. There is a beauty of strata and deep forces grinding and becoming
each other like exposed rock war in mountains or the endless
politicking of trees. Beauty in force and power and noise and sweat.
And I guess there is the beauty when you laugh at recognition of
someone doing something that is perfectly them and rare and true?

PS - It feels like I am pushing against something and I don't know what it
is. Sometimes i imagine its the skin of the world, theres no question
there is there?

SP - Like when you go why is all the world not transmuted to my whim? Or
why the fuck is all this stuff so boring why can't we have something
else I will drag this new child in the world and the sight of this
will burn you into stars or ash but either way I wouldn't have to look
at your fucking face anymore?


PJS - Where are we going with this?