I Am The Lore

Good news; of the 200 or so people who both backed the Gawain Kickstarter and filled in the Backer survey, my records say only 22 have yet to order their copy of the book.

If you are one of those 22 people - CHECK YOUR EMAIL.

Bad News - Christmas kicked the shit out of me and has apparently completely destroyed my ability to write coherently, form an argument, or even really form a question. 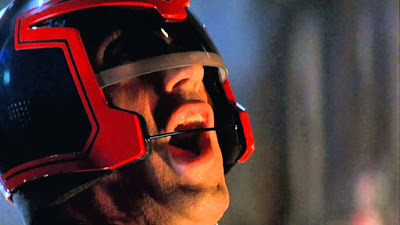 This is a conversation I had with Scrap some time around Christmas and which she was too cool to make a blog post about, even though most of the cogent points are hers;

"SP - Did you watch adventure time to the end?

PS - no I think I gave up a few years out, maybe when Ward left? Not sure. Felt like quality was dropping and also pirating became more difficult
SP - i down loaded the last 2 seasons to try and finish it and just..couldn't care

SP - not sure what it was

they kept building on what I didn't care about

PS - it was Ward leaving, like when that one guy left the Simpsons who didn't seem to do much but after he was gone it slowly, then quickly started to spiral
SP - and adding wacky poor designed characters at the wrong times

then he left and all you had was clever men

and so the spiral begins

they were good as wacky dudes

and then a little depth to them

because that's what stories need
SP - oh yeah so much so

because so world building :

" what is that thing , oh it's a wuzzy tree. Munky squirrels eat their screaming nuts. What's a Munky Squirrel? Oh it's .."

"why are they fighting? Oh because he turned his sister into a fountain . Why did he do that? Because their dad  gave the ebon throne to him instead of him. What's that ..etc"

Like .. world building invites further questions but more or less can have the questions wait

But also that depends on how its presented

A key thing here seems to be the difference between linear justification or fulfilment and a more global or networked thing where each individual fragment can in a sense stand alone, either in relation to each other or as a seed for an entirely new imagined reality.

I'm imagining the difference here between adventure paths and Josph Manolas exploded pathfinder adventures where the sequence of events has been transformed into geography.

Maybe more like the difference between learning maths and learning History. As with History, and all of the Humanities to some extent, even if you miss a lesson you can always find a way into a subject, because everything relates to the Human Lifeworld, but with maths, if you miss a lesson, or don't really understand a concept then you are fffffucked, because you will absolutely need a precise and accurate understanding of exactly that concept to progress, so if you were fudging it, or not really getting it, then way down the line you are screwed.

MY OWN RELATIONSHIP WITH LOOOOOORE

For a man with multiple pseudohistories about imaginary places and events on his shelves, and who's entire career and leisure time in some way revolves around the creation of imaginary worlds, I am surprisingly ambivalent about Lore.

The Word is Death, in many cases.

This causes me to investigate myself; am I the Horseman of my own apocalypse? Not in like a cool edgy way but just in a crap grey way?

A thing that's come up in Discord conversations is how something that’s a crutch at one point can become fulfilling at another point. Sometimes an obsessional interest is something you need to get you through a bad and lonely time, sometimes the same interest can be like a lead weight, not protecting you but dragging you down and preventing you from interacting with others in a fulfilling way.

That same interest can be a form of connection which helps you reach out to and interact with others.

People want depth and they feel like they want answers, but what they end up getting, when they demand these things, is information. And often its dead information.

I'm looking for a world of the imagination where the images or fragment burn like they do in dreams and where it feels like there is a world of possibility. And I do find fragments of it, but not in the overculture, which seems to me like a graveyard of images.

Is this an experience that other people have?

As usual when I pretend to myself that I'm doing analysis, in reality I'm just listing things I don't like, then hopefully trying to understand the difference between what I do like and what I don't.

A few things that stick about Lore

- splatbooks
- 'filling in'
- arguments over uninteresting ephemera
- psuedo-clever conspiratal bad takes
- the tendency of nerd-culture imagined paracosms to annihilate themselves through detail
- the willingness of the market to buy stuff because it has *details*
- "we killed a character"
- "everything will change" (nothing will change)
- "writers room" writing, like when in Battlestar Galactica, characters started referring to the missing Cylons as "the final five" which, as well as being average mystery box stuff extended waay too far seemed also to me like an artefact from the writers room which characters in the drama suddenly started speaking.

- The Star Wars expanded universe had a whole book called 'Tales from Jabbas Palace' in which a bunch of comedy and fantasy writers wrote the backstories to each individual alien wierdo in those scenes. And I liked it.
- Even with conspiratal lore bad-takes, I'm often half-interested.
- I'm only half a shade outside that culture, which of course, means I react even more strongly against it.
- Wilrow Hood.

An idea that I had when I was creating the Eldritch Foundry stuff (I know no-one is interested in this = shut up), was to make Lore like islands, a little like Scrap describes above.

The idea was to give people 'intellectual Lego', concepts and tools they could, in fact that they would *have to* put together themselves, and that every world they created would be built from the same original pieces but that each one would be unique and valid within itself.

A kind of multiverse.

And that there would be little absolute history or imperishable central text to which people could appeal to make the products of their imagination valid.

This is a tendency in people of which I despair. The idea that something outside your own experience, that some agency or structure or guru or system can give your imagination validity, to make it 'canon' or 'real'.

I'm exactly as vulnerable to this thinking as everyone else. Which, typically for me, has not restricted me in judging others for it.

My idea was that if you created a system that encouraged people to play games with each other, rather than to collect Lore, that was both a strong prompt *to* play, and also was almost incomplete without the action of play. A system where you complete it yourself by playing with others.

I'm pretty sure I haven't actually done that. It would be an intellectual and creative challenge too great for me. Instead I simply went about things in my usual way. But that was the idea at least.