The waters around Wir-Heal wash upon Strange Eons and the ships from these shattered realities are often wrecked upon its shore.

Wrecked a bit more often than necessary, due to the Wreckers who lure in ships with false signals at night, who offer safe harbour to those lost; before robbing them blind and leaving them for dead, who fly out in lifeboats to the rescue of floundering craft, the rescue of the cargo rather than the crew; they being left to drown or sometimes shot and stabbed in battles on the sinking ship, and who are feared and hated by all but who are the primary source and tolerated traders of unusual or remarkable items in this part of the Wrecked Heptarchy.

The Wreckers are terrible creatures, violent villains to a man and beast, murderous, ruthless and mad Mask-Men with cracked or self-mutilated masks, True-Men willing to risk the Woodwose curse or indifferent to it and already half-wild and sometimes the deranged pale creatures of Hilb, not knowing what they are but tricked into obedience for a while.

Roll below for interest or for fun;

Any weapon more complex than a Musket has only d6 shots left in it and the Wreckers either have no more ammo or simply don't understand how it works enough to reload it.

Everything does d6 damage unless stated otherwise.

The Wreckers are ruled by a bear in a bar; Mother Redcap, an ursine piebald matron in a mop cap with a glazed pot mask like a smiling fat-faced wife.

The lights in Mother Redcaps are always on. Inside she serves British Navy Rum, Gaullish Wine, Grey Goose Vodka and Mead.

She has her own Gramophone, which she calls her ‘Bard-Mill’, and an extensive supply of swing records. Guests are served Woodwose sausages and steak on a full set of china marked 'Great Western'. The chairs are the seats from a crashed airplane placed on new wooden legs. One is always occupied by a bog-mummy called 'Brown Alex', considered to be lucky and referred to as her 'bouncer'. (Actually a vampire though inanimate unless fed blood.)

Somewhere in Wir-Heal, the Wreckers keep their treasure in a buried shipping container. Most will die before they reveal that it exists, let alone where it is, but if discovered it holds the following.

A PDF of Fire on the Velvet Horizon

You asked for one. 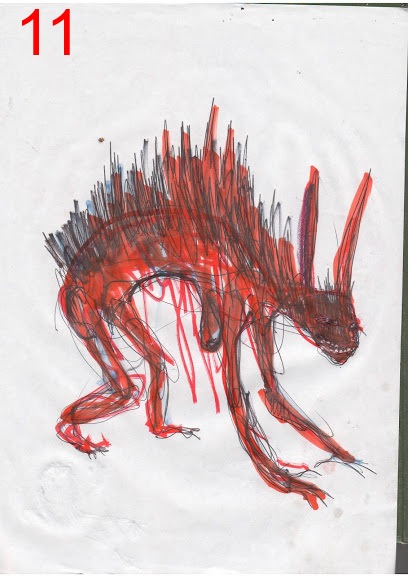 And we said no. 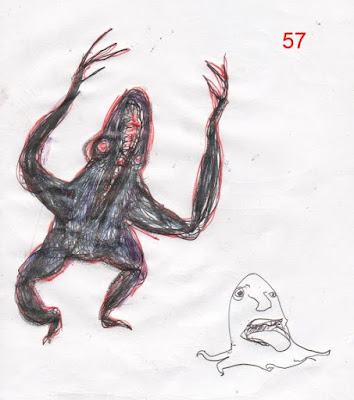 Then you asked again. 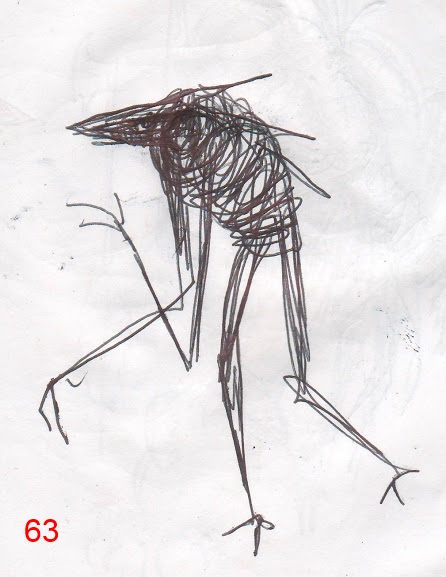 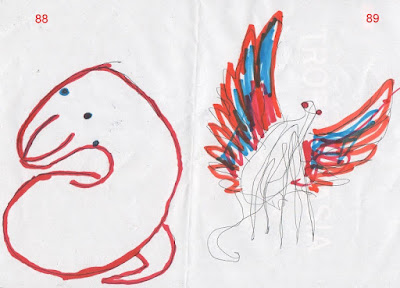 But now Dyson Logas has asked us for something to add to the bundle intended to fund Contessa going to Gen-Con.

Aaaand then we said yes.

So there will be a Fire on the Velvet Horizon PDF.
When the bundle comes out, that will be the only place you can get it.
So watch Dysons feed for that.

Word of warning - its an utterly bare product - just the files.
No pdf menu - no nothing, only the images.
Posted by pjamesstuart at 15:14 12 comments:

A few of you will have already seen some or all of this, but here it is for the public.

A few things have happened recently and the results of these experiences have merged in my mind.

Firstly was going to that large Con in Birmingham;

- seeing James Raggi and All Rolled Up co-operate

I was considering something we could do to help each other.

My idea was a sort of cartel, grouping or informal arrangement between OSR-associated publishers and creators.

The boring capitalistic reasons for this would be;

- Getting better tables at cons.

- Getting unified table groupings at cons - so if you walked down the corridor we would all be together in a big block.

- Getting some kind of unified, well probably not 'unified' but perhaps synchronised 'message' or presentation at Cons so that, if a blogger, vlogger, podcaster or anyone else is wandering around saying "What's all this then, I don't know anything about it" then we have something to tell them. And if one person isn't available for a podcast or interview, then someone is. Instead of being a bunch of patchy separated tables spread out from here to there we would be a Big Thing with a story about innovation, intellectual and creative ferment and Bold New Directions.

- Same thing with fans. Many of us have a small number of fans. If there was one place at a Con where fans of the OSR could go to shake hands with a creator, or get a book signed, that seems like it would be useful.

- My primary reason is that this would mean a lot of meetings, largely face-to-face meetups.

- It's not just a tool to gain capital advantages, it’s a social structure. Not one purely based on the internet but one where we can reasonably meet up at regular times and interact in 3d. We are all on this relatively small island together and it seems to me that we should make the most of that.

If we do not actively create and deliberately sustain an actual face-to-face social structure, then I think the convenience and immediacy of the internet will trap us in a glass cage.

- Paul and Fil of All Rolled Up are the experts in Cons, to some extent all the smaller creators would be riding on the coat-tails of their knowledge, experience and professional organisation. Its been suggested to me, and I think it a good idea, that we find some way to be useful to each other to help support them.

- Everyone is producing their own rulesets and, to some extent, is in creative and capitalistic competition with each other. So any group action would depend on whether, or how much, people were willing to potentially compromise on an independent advantage.

- Some of you may or may not be pissed of with each other for political/social/culture war reasons. It's up to you how much you want to co-operate with each other. My personal 'hard limits' are outright self-declared racism on one end and recommending the deaths of police officers on the other. Anything between those two and I can work with you, though I may not agree with you.

- Everyone in this scene is kinda fucked in the head so even if it works its going to be like that bit in 'One Flew Over The Cuckoos Nest' where they all go out in the boat.

- Whoever the fuck I missed out of this because I don't know about them.


If you are a UK-based or UK-related OSR(ish) creator and/or publisher who might like to do some or all of the above, then click on this MARKETING BEAST and it will take you to the G+ community. 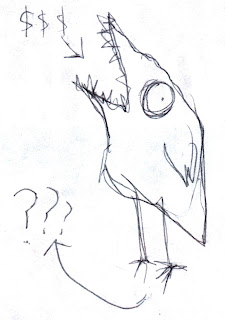 
and I didn't really wanna, but I gotta post bro, its almost my job. So here is a Sunday post that no-one will read so I can post but avoid the shame.