A Song From the Dead

This is nearly the end anyway. So, if anyone is still interested in the big letter-writing Rulers of Ir fantasy paracosm I ran for a couple of months.

First Chronicle of Ir - The Beginning

Seconds Chronicle of Ir - The End

Transcript of the Gronference - Last Ditch Attempt to Save the World, or Idiots in a Room?

Primary Sources; the Letters of the Rulers

Only two things remain; to tell of the rescue f the Herald of Ir, and (if we play this out) to discover the results of the expedition proposed on the final day of The Gronference.

Meanwhile, I'm sure all of you are fascinated to discover what happened as a result of the (probably) final battle between the Armies of Highvern, lead by Tadaitzol, wielder of the sword of Motherfucking Destiny, and the undead hordes of the Mourgelands lead by Lich-Witch Vauphiria Donkor.

Well, we have this final report from the strange Underworld of Ir...

A Song From the Dead 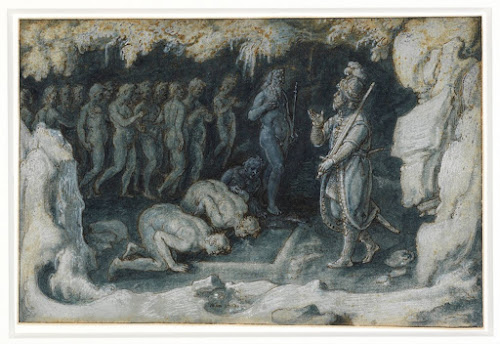