Good work YOU (by which I mean ME, and all of US). Because Reality is BACK baby!

Since you (we) closed that Reality Breach, the SquidBrawl has stabilised.  Causality has cracked back into place and time has a linear flow! Now we can finally make decisions again.

However, the situation, though stable, is also DISASTROUS!

The Seraphormer, my (our) para-reality and deeply-shrouded engine of souls in a situation that I would describe as borked.

The Demon-Engine is compromised! This is a coagulator of vile supernatural fluid composed of Quileth harvested from the many layers of Uud and brought here by the bone ships of the LichJammer Captains. Now its leaking Demon Fluid everywhere! That's maybe the worst kind of leak you could possibly have.

The Atman-Engines are cold! These Hyper-Future Techno-Cores held in the void outside the central Seraphormer provide the sacred code which allows us to shape souls! The Atman Engines live at vastly accelerated time. The longer they stay cold, the harder they will be to start up again!

The Imaginary Suns are out! Stolen from the minds of dreaming gods long ago, these suns provide power for the whole Seraphormer! We are working on residual power for now, but without them nothing else will work for very long!

And worst of all, the Delusion Engine is off! The Delusion Engine maintains the shroud of unlikelihood around the Pocket-Realm which holds the Seraphormer, AND it sends a cognitive field out into every layer of Uud which prevents any intelligent being from even considering that we might exist!

That means SHE, Yggsrathaal, the mother of Entropic Wyrms, the destroyer of Esh and our, and  I can't emphasise this enough, really extremely NUMBER ONE ENEMY, can deduce and perceive our existence! The longer the Delusion Engine stays down, the more chance there is that she will!

Most of our communal mind is still totally barmy from the Reality Incursion - useless, or even dangerous.

But don't worry! I pulled together literally everyone, and everything, sane and self-aware that I could find. Yes there are only four of them, but arguably this makes them our ELITE TEAM! 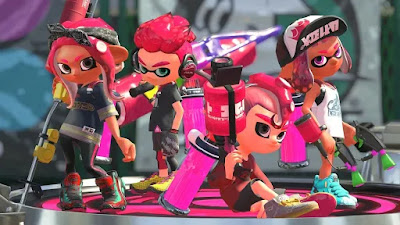 (Literally anyone we could grab who seemed (relatively) sane).

"Deep do I dive into that malign typhoon of the undigested damned."

A Demon-Shielded Quileth-Stoker-Founder inside an engine suit of blackened iron plates etched in pearl with interlocking warding glyphs with a rumbling engine core and a demon-grasping tri-fingered claw hand which opens to reveal a holy Quileth Vacuum trap. Just visible beneath the demon-scarring are the pearl-etched words “Burt do I Burn”. Fury-Warded is arguably slightly morally corroded from their endless bathing in, and wresting with, the raw ichor of trapped demons, but you can't fault them for willpower! Also they are massive and have a combat claw.

A massively multiply-armed, gibbon-bodied ULTRA-REPAIRER FOUNDER. 5-60's long and gawky self-built body-suit has wild tool-handed arms, that expand into MORE ARMS, which then expand into EVEN MORE ARMS. Somewhat wild and whacky, 5-60 can climb almost anywhere and repair almost any piece of hyper-tech with anything they can find. Combat capacity - QUESTIONABLE. Mental Stability - DON'T ASK. However, for invention, personal courage and sheer can-do attitude, nothing can beat them!

"My calculations cannot be comprehended by singular minds."

Grailogos is a supremely crystalline and gracile intellectual Atman-Coder founder. Their robed ceramic body supports a magnificent huge, glowing-blue fishtank head occupied by three individual Founders linked in mutually-supportive group consciousness. Grailogos can "decode" aspects of non-founder reality into glowing multicoloured cubes which float around, and which they can then 're-code' into specific para-reality effects and raw substances. Somewhat abstracted and speaking in a polyphonic chorus-song, Grailogos sometimes disagrees with themselves in times of stress.

A quantumly-uncertain Founder who guards and operates the Delusion Engine. Somo-Omos occupies a Founder-body which looks as if it were made of mirrors and strange visual projections. Their form is hard to precisely perceive, as if they were a walking Kaleidoscope. Somo-Omos is always shifting their colour and state within the projecting body and these projections are continually flowing across the surfaces of that form like a cubist impression of a technicolour cuttlefish. Somo-Omos can simulate other forms and identities, become near-invisible and even "shift" through perceptually-solid objects. They are also in the middle of a massive, and endlessly-looping identity crisis and must often be reminded of exactly who they are.

(To be handled in whatever order seems best to you).

·        Penetrate into the ruined Demon-Engine.
·        Locate the ruptured seal.
·        Battle the half-Formed Quileth fluid, Corrupted Quileth-Stoker Founders and Possessed Founders who's suits have cracked.
·        To defeat the half-processed Quileth force it into a specific shape. Provide it with Fears. Either your own, or draw raw residual fear matrices from the ATMAN-ENGINES. (Five 60 Six-Six-Six Reoccurring can probably locate some, if you can get an Atman-Engine semi-functional.)

Problem? - using the fear matrices in this way may lead, to some souls without fear, to some with demon-linked fears, and others with their fears replaced or re-coagulated from Quileth - with UNKOWABLE RESULTS.

NEXT? - You Need - MORE QUILETH. And not from a distant source – our only LichJammer Captain is fulfilling a mission which only they can do.

A closer location is available; the Waste around Blackwater

As such, the Soul 'Wreaca' has been instantiated and will begin - A WALK IN THE WASTE.

Re-Start The Delusion Projector, And Fast

The Delusion Engine which keeps the Seraphormer secret and safe is offline.

·        Find your way through the maze of dreams and illusions born from its slow collapse.
·        Fix the umbral shrouding and Mistake-Generators.
·        Kickstart it with some of those INVISIBLE BEASTS from the Outer Void.
·        To process them, you will need to jam them in the Demon-Engine and refine them into Pneumo-Mystification, then pipe that straight to the Delusion Projector!
·        That should get it working, but its like running a petrol engine on raw crude oil.

You need LIES, and not just the ordinary kind. A massive storehouse of pure deception, right from the source. Only a Fae Emperor in the depths of Margenalia commands such Grand Palaces of Lies.

As such, the soul Cir Talox Blithe, the Worghast Knight has been instantiated for - A MEETING IN MARGENALIA.

Missions In The Outer Void

The Atman-Engines and Imaginary Suns are both located in the Void of the Outer-Serpahormer, a zero-g outer-space pocket realm the size of Jupiter.

There is Chaos in the Outer Rings!

A Rocket-Powered rebellion is in process. The huge angel-form Founders set to guard and maintain the GigaTech of the Seraphormer are still in the grip of the SquidBrawl, now also a SpaceBrawl!

Not only that but the Void has been infiltrated by Photon-Negative Hypermutating Bioforms:  INVISIBLE BEASTS!

We think these are low level interstellar predators which slipped into the Seraphormer pocket-dimension during the SquidBrawl. Presumably they came to feed upon the Imaginary Suns. Now, through some strange interaction with the black, dying imaginary suns and the collapsing penumbra of the Delusion Engine, they have Hyper-Evolved!

Anyone venturing out into the Void will have to contend with;

·        Find a still-functioning Atman-Engine amongst the chaos of the Outer Void.
·        Re-connect it to the Seraphormer.
·        Transmit yourself inside the digital hyper-reality of the Atman-Engine and see what is needed to get it back online and functioning.

This can likely only be found in the layer of the Uud-Reality located 50,000 years in the future, where interstellar Empires bloat and war amidst the prismatic stars. There perhaps some ruined or forgotten god-tier hyper-mind can be located and returned to the Seraphormer.

As such Nebulon Brax, Captain of the LychJammer Tyche's Hand has been recruited for - A MISSION TO GLEAMSPACE.

·        Hop between the darkened suns.
·        Try to find at least one with some ergs of energy in it.
·        Delve into those suns cold cores, explore the cold abandoned Palaces of Fire within and try to discover some means of re-ignition.

NEXT? You need - A STOLEN SUN. A jewel containing the Dream of Hyperion, the solar imaginings of a sleeping god which could, in theory, start a chain reaction to re-ignite the Imaginary Suns.

Its last known location: Possessed by one of the hidden Emperors of the Grey city of Glaem.

As such, the soul 'Lady Amoret' as been instantiated and will begin - TO STEAL A SUN.

Good news! With the Seraphormer (partially) active, we can now send Souls into Uud to grab the resources needed to keep us operational!

Less good news: we have a limited number of souls ready to go, and limited power to send them.

Essentially we had to pick the best three for the missions we have, and give the last one to this Skeleton Dude because he has his own Space Ship.

Cir Talox Blithe, the Knight with the Iron Heart,  is sent to the Mountains of Reality, there to seek a way to the deepest tendrils of the Eld-Realm of Margenalia to bargain with a Fae Emperor for possession of one of their Palaces of Lies, each one greater than the last, the largest within the smallest, and the key to the last hidden in the first.

To Steal a Sun

In the Grey Cities of Blackwater, the ridiculous, somewhat-craven, vain and occasionally brilliant Lady Amoret is sent to the Grey City of Glaem, there to penetrate the Hidden Palace at the centre of its Megastructure and perform the greatest theft of the modern age - to steal from the Emperor of Glaem the Frozen Dream of a Sleeping Solar God.

Nebulon Brax, the undead Captain of the LichJammer 'Tyche's Hand' must take his bone ship of solar sails, and his skeleton crew, into a realm where his magic will be near-useless. He must travel to GleamSpace, the prismatic realm 50,000 years in the future of Uud, a time dominated by Hypertechnology and decaying utopias and there seem a Loom of Realities; a god-machine powerful enough to restore and renew the Hyper-Data of the Seraphormers Atman-Engines.

A Walk in the Waste

'Wreaca' the Half-Orc mother, most solitary of the Waste Walkers, yet most skilled, must venture again into the caustic grey hell which surrounds Blackwater - the Waste of Yggsrathaal. There she must face the untold dangers of that realm, the Orc-Kind who form part of her own bloodline, dark agents of the Teratarchies and the Spawn of Yggsrathaal and her Pale Courts. But simple survival is not enough, for Wreaca hunts not monsters, but Quileth - Demon Kind itself, long sleeping since the fall of Esh, and her mission is not the demons destruction, but it’s capture.