I've watching Star Trek TNG Series 3 for a while during lockdown.

It's interesting. I saw these first when I was maybe 13, watching at home. Fascinating to see them through the mirror of my own memory. There are lots of relatively subtle adult interactions and themes. Im sure I missed a lot when I was younger and now I try to understand how much I understood and what I half understood.

The family episode where Picard goes back to his brothers vineyard after the Borg, I knew even young that something complex and dark was happening, that Captain Picard was upset! he cried! Now I can see that but, I think more than anything else what adulthood brings me is an awareness of all the complex, invisible social language going back and forth between the characters. I think now I understand just how insufferable a young Jean Luc Picard must have been to his brother and how much Robert must have resented him, and how much he both regrets that and still does resent him. 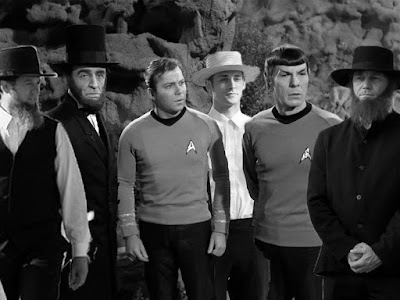 
I know the imagined tech of Star Trek is based more on extrapolations from the current tech of the time of its production AND that its chimeric synthesis of technologies and society is made both to take account of the possibilities at hand, and to communicate the stranger elements of the show through a matrix that a mass audience will understand, so don't @ me.

I am interested in thinking about what if, even considering the current direction of technology, the Star Trek tech is/were/will be an actually-real thing? I mean in a cultural sense. Because, while from its original perspective, Star Trek is very technologically aspirational and humanist, if you imagine it in relation to current developments in technology then Star Trek is obsessively, puritan about its Humanism even anti-technology, bordering on Luddite, at least Luddite-restrictive rather than Luddite-destructive.


The ships A.I. is basically super-Siri. Little more than a database with a complex search function and a range of cybernetic control algorithms which aid with the running of the ships complex processes.

But all of these are designed specifically to plug into human and humanoid inputs, to 'keep a man in the loop'. From the perspective of a far future systems designer, this is slightly maniacal. Building this complex system of subtle technology and leaving in these gaps which can only be filled by organic semi-independent beings, all of whom perform more slowly, and with less accuracy than a computer.

But it also makes sense from a societal perspective. If you imagine a really intensely puritan humanist culture, one absolutely dedicated to the idea that space exploration, and culture generally, are *for humans*to the extent of throwing away, restricting or banning powerful technologies, even when they might provide a distinctive edge.

This does seem dumb.

But - consider the political and cultural argument after the battle of Wolf 359, and the just in time destruction of the Borg Cube in the Sol System.

One side might say - hey we really need to and should have, woken up the AI's on this one. No-one wants humanity to become a slave to its own machines but if we have to choose between a risk of that and total annihilation then - yeah, wake em up, use a full-scale general intelligence.

But then the counter-argument is - no, the existence of the Borg, and what they just did to us shows absolutely that we can never wake up the AIs and have to do things our puritan humanist way, even if it might mean our destruction.

Because that - the Borg, is what happens to you if you fuck the computer too much. Either the AI's absorb you, or you have to form a giant Borg mind just to control the AI's and turn into that. Maybe that’s how the Borg were created, maybe they are just a distant version of the Federation who faced an impossible threat and adapted to survive.


The only Synthetic General Intelligence the Federation will even allow to exist is Data, a creature *specifically designed* to look human, bound in a human form and to *desire to be human*, and to be largely unable to fulfil that desire.

And on a few occasions, Data still goes full Skynet and illustrates that even limited as he is, with the right prompting, he could still take over the ship, as he does at least.

Think about how intensely focused/repressed a culture needs to be to be able to conceive of an AI, but only willing to make one, (on the borders of its own power, and half off the books),when the existence of that AI is so closely bound to the conception of humanity that its almost enslaved by its own desires.


The federation actually finds it easier to accept aliens that to deal with genetically altered humans.

And that makes it kryptonite for a scientific, rationalist, egalitarian and humanist society. A society which simultaneously believes deeply in science and reason, and has no magical source which legitimises its belief in equality, (God didn't make everyone in his image, souls aren't real)

Well here comes science to tell you with increasing and terrifying precision exactly how unequal people are and, with the big data and high end algos (which you may be deciding not to use),to predict their lives and outcomes with increasing and terrifying accuracy. And also to put directly into your hands the ability to produce improved and better humans, or at least, better by all those standards you claim to value, more healthy, more intelligent, more reasonable, kinder.

So if you really believe in humanism, and in reason, why can't you produce improved humans? In fact how can you excuse *not producing them*?

And if you do produce improved humans, is there even any way to do it without essentially bleeding the current social and global technology and resource hierarchy into the very bloodline of the species?

Probably there is not.

In the star trek universe this leads to a genetic world war, and then they discover chill aliens and interstellar travel, and so the Federation is = Aliens Good - Genetic Engineering - FUCK NO.

But this is also because the process rests on an irresolvable fault line in their society and philosophy.

The society of the Federation is more obviously odd when seen from its out point in time, as society has changed a LOT more than technology since TNG was broadcast. All of the tech is comprehensible, slightly archaic, but the hatred of torture, the traditional roles and archetypes and the 1990's views on sexuality etc all feel very archaic.

But it makes sense if these people are Amish. Individuals living with borderline singularity technology and, from our perspective, infinite resources*, but living in some hyper-constrained version of 20/21st century society _because that society keeps you stable_.

It keeps you safe. It prevents the singularity and it prevents the fracturing and dispersal of humanity into a hundred thousand different lines of gene manipulation, cybernetic alteration, cultural drift etc etc.

(*There is no cornucopia, human desires expand to consider any available resource and human conflicts and ambitions can take place over matters that would seem mad and ethereal to older generations.)


There are no neural-network designs visible in the Star Fleet aesthetic. I'm thinking here in the difference in the arrangement of form, space and technology between a kind of post WWII human industrial thing and the kind of flowing, near-incoherent designs you seem in a handful of hyper-modern buildings, and in other places. 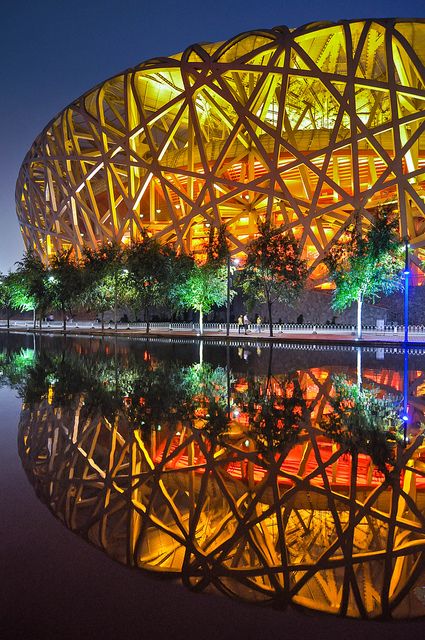 Consider also the architecture of both spaces and technological processes designed by neural nets, the kind of tech where, it works really well, but we can’t define *how* it works, and the kind of technology where a box does something complicated but we can't really open the box and fiddle with it because it’s too strange to our limited ability to do. We can get you a new box real easy, we can manufacture them by the 1000s in our super-factories to a design given to us by a monodirectional AI, but you can't open the box and fix it.

Which, compare to a mid 20th Century car, where its big and lumpen but you can open it and fix it and access every part ultimately. (Except maybe some parts sealed inside the engine block?). Because everything in the machine was put there by human hands and arranged to a plan literally, literally directly draw, on paper, in ink, by a human hand, by a guy with a slide rule.

So every part of that technological construction process directly involves human hapsis and ideas and concepts and plans which can be directly conceived of by the human mind and, though highly specialised, can be passed between human minds in base reality.

And again yes there are storytelling and era-relevant reasons for this in the fiction.

However - consider it as a real thing. A society which has the theoretical capacity to create post-future designs but which simply chooses not to.

GOT IT OFF THE VULCANS


For diegetic reasoning as to why this might be so, well I imagine that in the Star Trek universe, species that go hardcore for technology or self-alteration either sublime beyond the point where they can be conceived of as people in the same way as most ST races, like they go off and become interdimensional gods like the Q or the wormhole dudes. Or they become homogenising swarms like the Borg, or hyper-stable genetic tyrannies like the Dominion or they just sit on their planet being mysterious and all-knowing and/or decadent (waiting for a Starfleet Captain to turn up).

But it looks like in the Alpha Quadrant there are a whole cluster of species which gained technology at roughly the same time in galactic terms, and which have also adopted this highly conservative philosophy to quite an extreme degree as even in conflicts with each other they strongly resist any progress towards the Singularity.

(Its mildly amusing to think about the different reasons each species might have for limiting their own technology, even when in conflict with each other. Klingons – not honourable. Romulans – don’t make a machine smarter than you are.)

When made, its very much about the future, possibility, and bleeding edge tech, and about humanity and humanism. But when seen, from now, if taken as real, the balance has shifted and the same stories are now about being very conservative with technology, stories about controlling and limiting the role of technology about not proceeding towards the singularity, and about bending the arc of tech so that it serves the needs of a people, species and community conceived of in *very* conservative terms.

Compared to even some modern societies, the TNG Cast are like the Amish in space

Email ThisBlogThis!Share to TwitterShare to FacebookShare to Pinterest
Labels: a bit heavy for most people, clearly not even about RPG's, Community Identity Stability, I saw a thing, Reviews