Here is a vague plan for an adventure which will probably never get made. 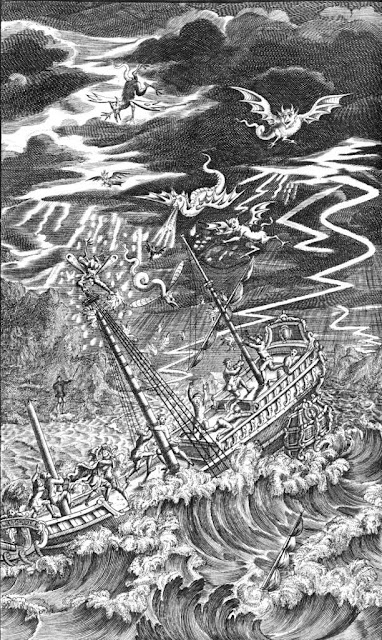 The PCs have randomly generated gender, tribes/nations and status-levels.

They also have a semi-random range of languages, meaning they can speak their own tribal language, and may be able to speak other local languages,  depending on their closeness and the PCs intelligence, education and status level, as well as a rough lingua-franca of their overall culture-group.

This sounds complicated and will probably be abstracted. Key thing is, the PCs cant all talk to each other easily or directly, their will be semi-random patterns of communication. For instance, a Prince may only be able to speak easily with a criminal of his own tribe and a young woman of a nearby tribe. The young woman may be able to speak a little with all PCs.

The PCs also have particular status-levels, with the chart tilted more towards the 'interesting' or dramatic possibilities, rather than the 'realistic' curve of almost everyone being a poor farmer.

Everyone has a reason for ending up a slave as well, captured in war, a victim of political intrigue and conflict, being simply low-status and expendable, maybe being a low-level criminal, or even being a really horrible criminal who probably deserved imprisonment, if not actual slavery.

Point being, the PCs start with a complex web of societal roles, assumptions and patterns of communication, co-operation and resentment.

Could also leave an option open for (very) old-school STR limits for Female PCs, probably with a statement saying only use this if you are randomising PC gender at start and if all the players are into it.

Does any of this really matter and is it workable?

I suppose I will write on and see. Probably you could run the 'basic' version without it.

The PCs have no idea where the Island is. It is far from anywhere.

The island is enchanted, full of magic, strange airs, mild illusions, softness, trickery, and danger. It plays upon the mind. If you want more I'm going to have to re-read The Tempest (and probably all the associated fictions and poems).

Control of the Island is split between three individuals, though only one claims true rulership.

The Lord of the Island is Caliban - a crooked, bestial, but intelligent and strong, sorcerer.
powerful body. He wields a staff made from two pieces of sea-stained broken wood tied together. Once they may have truly been part of the same staff. The power of his magic lies in the staff and in books, which he refers to, but guards closely.

The books themselves, when encountered, are drowned. They have soaked in brine and now bulge. The magic in them seeps. The books grow coral in wild forms from their pages.

Calibans magic is kinda janky and fucked-up, but its the most immediate and practical form on the Island. In D&D terms he has most of the actually-immediately-destructive Wizard spells. And he is always armed with them. And not above blasting a PC to illustrate exactly what he can do.

He is also tough as shit physically and hyper-paranoid and distrusting. And he knows all the secrets of the Isles, its tricks and spirits, and more mundane dangers. Even stripped of his magic he would be a powerful opponent for the PCs.

Caliban desires above all, love and respect as the islands true Lord.

He cannot feel or acknowledge love, having never been loved, and his crushingly low self-esteem makes him flail in imperious rages and degrade others. If he meets a criminal, he will try to enslave them, (though he will probably get along better with them than anyone else), if he meets a Prince, he will try to awe and impress him. He will probably try to marry any possible wife. (Or more realistically, rape them, if you are ready for your game to get that edgy. If not he may just obsess over persuading/forcing them to like him).

But if Caliban could truly feel love, and could recognise respect, he might become quite a different being. While he is physically mildly horrific, he is still.. potent, and he does genuinely love the Island. If his behaviour were to change he might not necessarily be a terrible Husband, though thinks are likely to be.. STORMY.

For now, his main problems are Ariel and Stetebos.

Stetebos is a terrible God whom Caliban worships, and fears.

Calibans mother Sycorax was a worshipper of Stetebos and passed that faith on to her son. Stetbos liveth in the eye of the moon. They are an Outer God. A creature of terrible unreality.

When Caliban took over the Island and "found" "his" books, he, quite faithfully, used the magic in them to find some way to bring Stetebos to our terrestrial orb. This was a mistake.

The nature of the ritual he used means that Stetebos grows more powerful the closer the moon gets to full. While the moon is full, they can physically incarnate on the Isle, but they are pissed (in as much as an Outer God can be pissed) that their physical form is trapped in this brief cycle of time and on this shitty island.

Stetebos rules from their unnerving and dreamlike Lunar Court in something like the manner of a Rennaisance Prince/Queen/Horriblefuckingmonsterthing.

In as much as Stetebos wants anything, its to personally ontologically fuck reality, piece-by-piece, and after doing as much of that as seemed interesting on this island, they have started to have almost humanlike thoughts about stuff like 'ships' and 'logistics'.

Stetebos can promise anything to its servants and could maybe do a lot of it, but wont. It is a child stamping on tadpoles in a pool until it gets bored (or something stings it).

The most powerful weapon against Stetebos is the magic in Calibans books.

But Caliban still essentially worships Stetebos (like mother taught him) and has little other source of meaning in his life. And no fucking way is anyone else getting near those books, not after all the shit he had to go through to get them.


Arial is an Opposing Spirit of the Isle, and (especially in Calibans eyes, a carpetbagging tourist).

Ariel is light, etherial, beautiful and has little combat capacity. Though, outside of doing direct damage to anything, they are potentially insanely powerful. They could run around the world a bunch of times. Move faster than light. Trick, delude and persuade people, and are incredibly slippery; near impossible to trap and harm. (Unless you trap them in a pine).

Arial and Caliban have something of a Joker/Batman thing going on here, or more like a Road-Runner/Wile E. Coyote thing, with Caliban obsessed with trapping and controlling Ariel and Ariel thinking Caliban is a massive tool and endlessly fucking with him (in relatively minor ways).

Ariel is totally and utterly obsessed with never being under anyones control ever again and will accept no authority or command. They can only be charmed with fine manners, sad stories, music, beauty, dance or play. They rarely do harm but can inflict great mischief, and can find out most things.

Ariel is well aware of how insanely dangerous Stetbos and their Lunar Court are, but firstly Ariel is not exactly super-woke to the value of consensus reality, this one being only one of many to them, and secondly Stetebos is one of the few creatures that could easily harm or control Ariel, and Ariel won't go near Stetebos.

- This is a skeleton flowering with shells and coral who hangs around being maudlin and poetic. Caliban tries to drag them in to guarding the books, due to the sea theme and Skeletons being sleepless. The Phoenician lives in a slow whirlpool in the Island.

Comments are open to anything from either the bits of the Tempest I have forgotten or all the associated poems and (good) fiction relating to it that I doubtless haven't read.

Email ThisBlogThis!Share to TwitterShare to FacebookShare to Pinterest
Labels: And keep your concourse in the deeps of his shadowed world, Inevitable Backlash, Pretentious, The Prospero