Captain Jepta Crunt awakes from her depressive fugue to find her ship has escaped the harbour of Gapu in Sula-Phrang and is heading for the open sea with a following wind and a cannon ball embedded in the stern.

Bastian Blank the ships boy finishes securing the crewmen that were picked up during the escape and finds that they have accidentally pulled up a Flores, or 'Flower' Man from his small canoe.


Eko Eka the cannibal Flower Man hails from Tennggara-Phrang. He introduces himself to the Captain and swears his loyalty, which she accepts.

Eko asks about the whereabouts of 'Rashel Vore', He has heard his master the Rakasa Hupudio Supardi discussing this woman and thinks if he finds her he will be richly rewarded so he has broken the sacred law of Tennggara-Phrang and left the island, betraying the rule of the Pale Eye in the hopes that he will return and earn great glory.

Jepta lies to him and says she has never seen this woman, she orders the crew to secure the ships secret store of Zombie coral and also to being her 'that thing no-one's talked about for a bunch of sessions' (she means the basket of moths hidden somewhere on the vessel).

Hearing this, Karvash Bloom beckons Bastian Blank towards the rear of the vessel, he takes him to the store room where the moths are hidden and asks him for aid in hiding them from the captain, he swears he will owe Bastian a great deal if he helps

As the ships crew search, Eko takes the time to familiarise himself with the vessel by poking his nose into everything, he is stopped from entering the area around the Captains cabin by the China Golem of Tranquility Zooth.

Bastian, being a conniving little shit, agrees to this and they successfully hide the moths in his hammock. Bloom tells the boy that the Moths are not truly moths, but are on a diplomatic mission to Selenium, one its best the captain doesn't know about.

At the same time, Eko Eka has fallen into conversation with Juglangsing Leptoblast. The naturalist is a much less adept liar than Captain Crunt and eventually gives up (some) of the truth about Rashel Vore, admitting that he has seen her and that her current position is somewhere out in the Nightmare sea, but he will say no more than that.

Crunt finally notices the single surviving skeleton who has been hanging around since the opening of the campaign and tells it to "start swabbing the deck, or do something, I don't want to see you standing around doing nothing again".

Unaware that almost all of her crew are currently intriguing against her, Crunt orders the Falling Star to sail counterclockwise along the coast of Tennggara Phrang and within the shadow of that island. With no lights running, they will (hopefully) be hidden from any other vessels they encounter.

Meanwhile, captain Crunt takes a short tone with the failings of her men and orders a Conclave of notable NPC's (and PC's) to decide their next move.

Busla rant argues that they should head for the Black-Path dominated side of Tien-Phrang and steal the Jade Monkey of Pan-Chu-Mai, as she arranged to do with King Galerian, who wears an Iron Mask and is served by a Crow in the doorless city of Athenoptica on Uter-Phrang, but she is overruled

After quizzing the rest of the NPC's the Captain decides to make a run past the allegedly demon-haunted island of Lembata-Phrang to the isle of Alo-Phrang, ruled from the port city of Marlinkio.

Just as they leave the coast of Tennggara-Phrang, the crew do spot a gleam of ice out in the moonlit water beyond the shadow of Tennggara-Phrang. Eko tells the captain that the ships of that island are made from the frozen tears of weeping women, she decides to avoid the vessel as she suspects the Falling Star will be boarded without cause.

After only a 24-hour run across the Phrang Sea from Gapu, The Falling Star makes it to Marlinkio and Busla calls out the crew and dimensions to the officials that raise and lower the bridge/lock which governs entry to and from the inner dock.

The crew see a wide variety of ships at harbour, Borobodurs, Phini's, Double-hulled canoes, Junks from Yaag-Sien and even one giant paddling a canoe the size of a small ship.

On one of the onion domes in the city, they see a Quetzalcoatlus wearing a strange saddle, perched on the top of the tower. 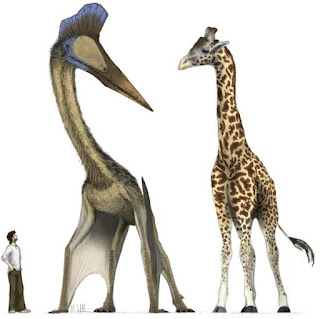 They go to the Domu Rada to pay their harbour fees and get into a slight argument with the functionary Iwan Wiranataatmadja. Busla fails to talk him down on price and they end up paying the full 15 shilling per-day price, they do learn that the Snakeman Sorcerer Khuthiva, who rules the citadel of Kefamenenui on the Moonward sie of Tien-Phrang, is meeting with Lady Szarza, the de-facto 'executive' of Marlinkio.

Eko notices that Wiranataatmadja is embezzling a significant chunk of the payment and tells his captain who throws her arm over his little shoulder and says that they will get the money back from him later. The two have bonded over their mutual dislike of being stiffed on fees. Jepta leaves the skeleton obtrusively watching the door of the Domu Rada, with orders to follow Wiranataatmadja home after his shift.

The Captain returns to the docks and starts arranging the repair of the ship, the acting first mate Suharto Ary Setiawan (Barlang Rift still being passed out in his cabin) says that some available Fire-Wood (not 'firewood) can replace the damaged planks and they begin repairs, the Captain starts personally carving symbols of MANPAC along the hull of the ship to ward of ghosts, spirits, or just people who don't like MANPAC.

Busla and Eko decide to attempt Carousing in Marlinkio. They opt to succumb to the offers of 'Psychic Visions' in the Yare Domesman contrada and, balking at the staggering price of such journeys, end up placing a bet with drug-addled pseudo-hipster Aloysius Lele Madja, who is clearly less experienced than he would wish to admit as, during the negotiations he was ruinously unaware that he was speaking to someone continuously smoking the highly-addictive and very rare 'Tears of the Moon' opium, mistaking its grey-white smoke and bitter scent for tobacco.

As the drugs take effect the room around them seems to decay and in their minds-eye they rush towards the isle of Tian-Phrang, witnessing the jade citadels of the snake man sorcerers, the ruined Dimmu Borgir of the Black path and one of the war parties of that group. Then Eko's influence takes over and their point of view is swept way way out into the Nightmare Sea, they see beaches of bone and iron eyed tribes, the glowing undersea filigree of the legendary library of dreams and the horrible heaving bulk of one of the Leviathan minds.

They are interrupted by a psychic whale of the Nightmare sea which senses them and freezes Eko in time with the strength of its mental powers, Bula picks up the form of his mental projection, instead of taking control of the vision and turning it back to Tien-Phrang, Busla nobly continues with Ekos quest to find Rashel Vore.

Eventually they come upon a ship of Nox, dredging the ocean floor (quite a dangerous thing to do in the Nightmare Sea), the dredgers pull up the ruined body of Balthesar Vore, former captain of the Falling Star. From his neck hangs a shining jewel of some kind. The ghost of Rashel Vore hovers nearby.

As their perspective changes, Eko and Busla see not one, but an armada of well-armed ships from Nox and a Quorum of Navigators. Wind fills the ships sails and the armada seems to be heading towards the isles of the Imprisoned Moon.

As they come back to awareness, they find Aloysius Lele Madja shaking and throwing up in the corner. The bet is won.