You're probably wondering, "if magic is real, how the fuck didn't Merlin crack onto ATOMS? Huh? Answer that!"

Of course he did. That knowledge was just to dangerous to share.

"The case of Occultum presents the other side of the balance sheet – an elemental find claimed not by learned men of science but by self-avowed mystics, yet reliant, just like Lockyer's claim to helium, on visual evidence produced by arcane means and only directly witnessed by a select few observers.

Occultum was the 'discovery' of Annie Besant and Charles Leadbetter. Besant was a leading light in the theosphist religious movement, a clairvoyant, a feminist activist and a leading political radical of the Victorian period. With Leadbetter, a former Anglican preacher, she wrote many books, among them one called Occult Chemistry, a fusion of these later interests with what she had learned while studying chemistry as one of the first women undergraduates at London University. This volume, first published in 1909 and later running to several editions, gave exhaustive and precise descriptions of the appearance of individual atoms of many of the elements as they first appeared to Leadbetter and then, under his tutelage, to Besant, viewed by the 'third eye' of clairvoyance. 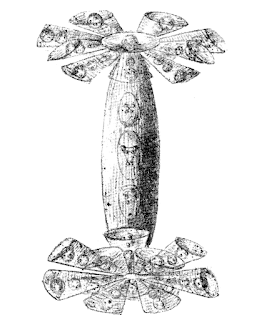 They started with an attempt to observe 'a molecule of gold.' but apparently found it 'far too elaborate a structure to be described'. Leadbetter had better luck with hydrogen, which he announced had a countable number of minor atoms 'arranged on a definite plan'. This simplest of elements 'was seen to consist of six small bodies, contained in an egg-like form. It rotated with great rapidity on it's own axis, vibrating at the same time, and the internal bodies performed similar gyrations '. 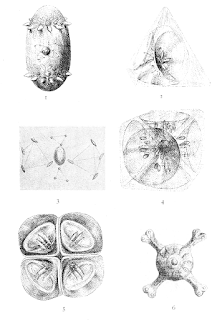 They observed an atom 'so light, and so simple in its composition, we thought that it might be helium'. 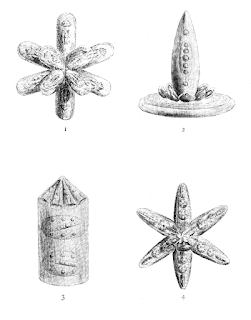 In 1907, Leadbetter and Besant did finally obtain some helium gas and subjected it to the mysterious scrutiny of the 'third eye'. They pronounced themselves surprised that 'it proved to be quite different from the object before observed, so we dubbed the un recognised object Occultum, until orthodox science shall find it and label it in proper fashion.'

And we never did, becasue we are a race of cowards. Afraid to plumb subatomic marvels with our Third Eye.

I have been thinking about an underdark ultra-currency. Something you could carry in your pocket but use to buy a kingdom. Like that insane super-coin scheme we heard about from america recently. Individaully carved gem-coin-art? Mind-flayer ivory scrimsaw? Vials of Aboleth oil? 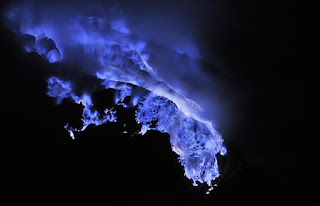