> Confirm. Transponder I.D. is shift-ship "Queen Mab"
> Last ident, hijacked by Some time ago, a group of genius-level transhumanist radicals.
> Skill-set - genetics, cybernetics, direct AI-HUman integration, bleeding edge dimensional technology. > > Transhumanist Views -  Hyper-aesthetic 'new humans'. Something they consider Optimal Beings.
> Be aware, possible development of, extremely dangerous dimensional tech, and access to "True" non-relativistic time-travel. Queen Mab appears and disappears in wildly different volumes. Sometimes seems to dash back and forth across the Galaxy, at other times hovering like a fly around a handful of Suns.
> Queen Mab itself exists in an variety of states. Sometimes seeming no bigger than a paperclip lost in space, its nature revealed only by its enormous energy emissions and dangerous 'siren song' EM emission sphere. At other times it looms like a moon-sized battle station, blotting out suns in orbit.
> Interior scans ineffective but suggest mycelium web of parasitical, unstable, dimensional conduits to various different realities and paracosms.
> Numerous abductions reported.
> Mindcrime - Many who encounter the ships EM emission sphere obsessively track it.
> Piracy - stole every perfect circle on the surface of a Omicron III.
> Status and capabilities of the Queen Mab, whether they are developing sequentially or not, may be entering an even more potent and developed phase.
> Suns have gone missing.
> It is feared the Queen Mab may become a Pirate of Worlds.
> Now, by chance, You have encountered the Queen Mab in orbit around a pale and silent moon.
> Ship is both accessible (at a normal size) and apparently, quiescent.
> As if it were sleeping.
> Bounty on ships confirmed destruction.
> Bounty on high-status individuals recovered from within (if still living and effectively still coherent individuals.
> Bounty on any post-singularity tech recovered from the Queen Mab includes full pardons, personal A.I.-run paracosm and, through negotiation and dependant upon confirmed results, your own planetary-scale Biosphere.
> Incursion???? 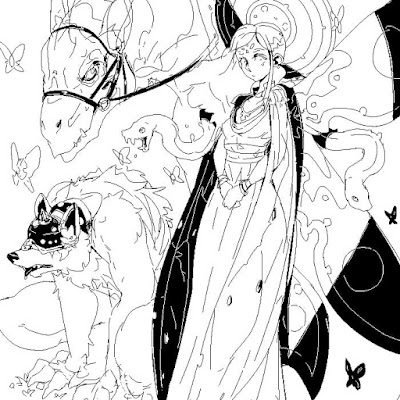 "Nature rejects the monarch, not the man;
The subject, not the citizen: for kings
And subjects, mutual foes, forever play
A losing game into each others hands,
Whose stakes are vice and misery. The man
Of virtuous soul commands not, nor obeys."

"Oh lord oh lord, the Fae Knights of the Faerie Queen came not three dawns past.

Through a magic door to the otherworld!

They have ensorcelled your beloved, taken them to Queen Mabs palace!

Yet the door remains, yes it does. And if the tales are true, not for long.

Take this horse-shoe of cold iron (hide it well).

Remember, the Fae are beautiful, strange, terrible and capricious (really they are bonkers but you should never say that out loud).

They love beauty and music, and they like to be praised.

Be polite and deferential, yet, never give nothing all away, not even your name.

And you must accept no gifts, make no promises, and *never eat anything*.

And beware the Faeries charms, for they can be seductive.

And remember that time in the Otherworld is not like time here. You might come back a moment after you left, or a century.

No matter to that. Be quick! The Faerie door awaits!" 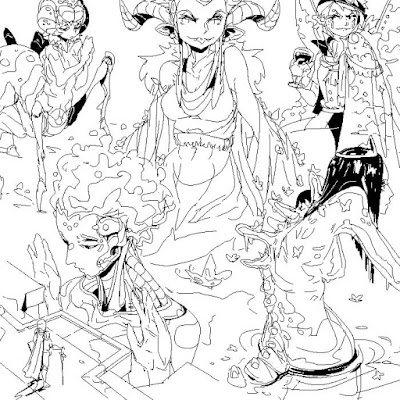 "Then grave and hoary-headed hypocrites,
Without a hope, a passion, or a love,
Who, through a life of luxury and lies,
Have crept by flattery to the seats of power,
Support the system whence their honours flow..

They have three words:- well tyrants know their use,
Well pay them for the loan, with usury
Torn from a bleeding world! - God, Hell and Heaven."

"Dreams. I have such dreams. Do you know that if I dream of a place I will go there? And I dreamed that I learned that time is a place, and so I could go there too, and did, the moment I dreamed it could be, what was all moments.

But if one can dream, and awake in the time and the place of the dreaming, weaving in my sleep, if one weaves a man and meets a man or dreams of him, and weaves a dream, and remembers that one will remember.. Well then, what is a dream at all?

It is a sleep. All dreaming.

Did I make you? Did I weave you and seed you and set you to sprout in that river-realm from which you came with a memory in your mind, a dream of loss to bring you to me?

That is why I made these. The butterflies. Lao Tze no? He was a butterfly, a very nice butterfly, but he woke a man." 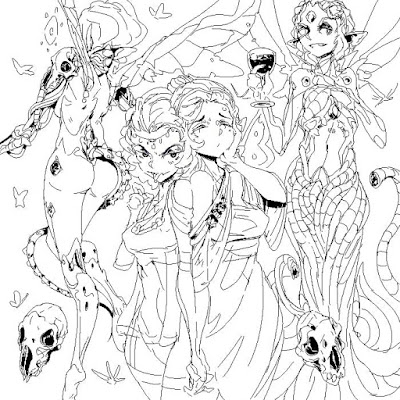 "The sensitive extension of the world.
That wondrous and eternal fane,
Where pain and pleasure, good and evil join,
To do the will of strong necessity,
And life, in multitudinous shapes,
Still pressing forward where no term can be,
Like hungry and unresting flame
Curls round the eternal columns of its strength."

> Confirm that object is a miniature warp nacelle.
> Not a remote. Repeat, not a remote.
> That is an active, I say again, active interstellar-capable warp engine drive element that she is waving.
> Configuration unknown. Albedo high. Its bright. Hard to see.
> Materials unknown.
> DO NOT LET IT TOUCH YOU. 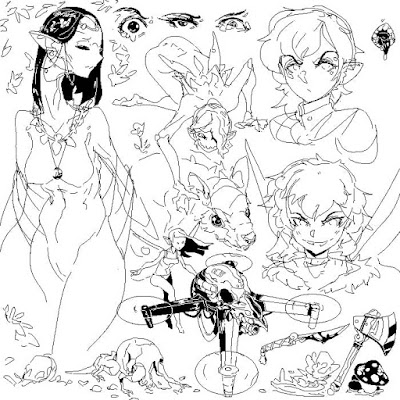 "The restless wheels of being on their way,
Whose flashing spokes, instinct with infinite life,
Bicker and burn to gain their destined goal:"

> Seeping entropic loss around the prime biform. Query, is it warm?

Would you like to see? See. Little bees, all looking out. A hundred million eyes. Eyes within an eye.

They were not born bees, I made them so, and they may not be bees now.

Be bees. be be be be-be bees. [laughter]

They said a word that pleased me not.

And I made that realm as pale as air and as light as ash, and it blew away in a golden wind from a summer-ripe sun. And.. pop!

Do you know how not to become bees?

A book, that may one day hopefully exist!

A strange new thing in this world. 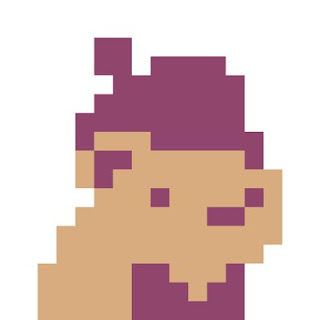