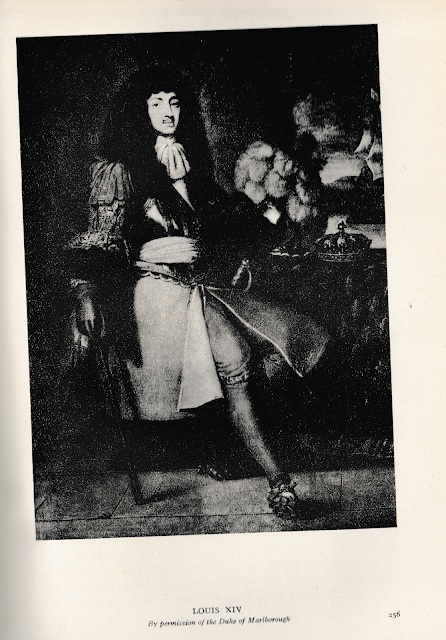 I am still listening to Churchills 'Marlborough', and have even managed to find the four-volume set so now I can give you quotes, and images like that above.

This is Winston on Luis XIV;

"We have no patience with the lackey pens which have sought to invest this long, hateful process with the appearances of dignity and honour. During the whole of his life Louis XIV was the curse and pest of Europe. No worse enemy of human freedom has ever appeared in the trappings of polite civilisation. Insatiable appetite, cold, calculating ruthlessness, monumental conceit, presented themselves armed with fires and sword. The veneer of culture and good manners, of brilliant ceremonies and elaborate etiquette, only adds a heightening effect to the villainy of his lifes story. Better the barbarian conquerors of antiquity, primordial figures of the abyss, than this high-heeled, beperiwigged dandy, strutting amid the bows and scrapes of mistresses and confessors to the torment of his age. Petty and mediocre in all except his lusts and power, the Sun King disturbed and harried mankind during more than fifty years of arrogant pomp."

There's a millions words of this sort;

These books are lots of fun. Sorry for the crap post but I'm sick at the moment I think. These things have portraits, maps of battled fort diagrams, copies of handwritten letters, I will try to scan some in for a future post. 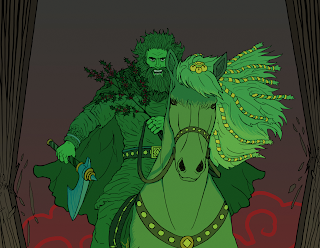 Also, I'm reading the whole thing (Gawain) out loud on Youtube, day-by-day, if that's something you are into.?

Email ThisBlogThis!Share to TwitterShare to FacebookShare to Pinterest
Labels: I read a book, Marlborough