Isles of the Imprisoned Moon - Session One


Any inaccuracy, mis-remembering or errors in attribution are entirely my own fault and not the players.

I made a lot of use of Mateo Diaz Torres Pernicious Pamphlet and the game used Chris McDowall's Into The Odd.


Six individuals were shipwrecked in their voyage to the Isles of the Imprisoned Moon. In rough order of higher-class to lower-class, they were:

Jepta Crunt (Chris H)
"Widow of a Famous Explorer. His translator, (knows 3 extra languages) has a Pistol & a Knife. Follower of Man-Pac. Hopes to consume her late husband's ghost to finally put him to rest?"

Her White Ape (Davd McGrogan)
"For an ape I am wise and noble. More like an orang-utan in nature than a chimp. I am contemplative and peaceful but you don't really want to rile me."

(The ape only shares Busla's class while it is with her and claerly her servant, on it's own it is the lowest of sorts.)

Barlang Rift (Dan Voyce)
"Former insouciant lounger, artist’s model, and blood whore for vampires and vivophiliac undead. Perfect from the neck down, hideous from the neck up - the body of Adonis with the face of Darkman."

Having been brought into perhaps a too-great familiarity by their mutual shipwreck, Busla surprises everyone by using her magnetic telescope (Steampunkish arrangement of lenses and shaped magnets) and her Iron Eyes to spy  the magnetic knot of what looks like a ship appearing on the horizon.

As the ship grows closer she also sees some kind of sub-oceanic object detach itself from the writing mass of the ocean floor (Iron Eyes means she perceives magnetic flows rather than light) and rise towards the ship on an intersecting path.

The ship is crewed by Skeletons (not that unusual), its foremast flag is a strange ragged pale thing that sometimes seems to have the shape of a woman and its captain wears the porcelain armour and mask of a noble. They address the PC's in Elegaic, the Augean of the Higher undead, and Jepta responds in the same language, earning them some perceived status. The captain agrees to allow them abroad and Kua Kua Pandoring swims towards the lowered ladder.

As the PC's follow Kua Kua they see a huge gout of water fly into the air from behind the ship and hear a series of crashes and shouts.

Kua Kua Pandorang, Barlang Rift and Sumidoro Tchuka climb onto the deck where they witness a battle raging between Albino Crab men

lead by a huge intelligent Nudibranch 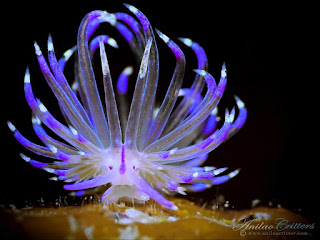 and a gang of Harryhousen Skeletons wielding bronze swords. The Captain mans the wheel on the aft deck with his wizened mate.

Whilst part way up the ladder, a giant crab claw tears a hole in the ships hull right next to Busla Monte Bul (clinging to the back of her White Ape (David McGrogan)), she peeks through and sees some skeletons fighting a Crab Man and beyond them, a group of caged, emaciated slaves. The White Ape grabs the Crab Man and hurls it onto the ocean and carries Busla into the cabin. Jepta thinks for a moment and then follows them in.

On the main deck, Kua Kua Pandoring attempts to ingratiate themselves with the Captain, with limited effect. Barlang Rift brilliantly mimes a heroic attempt to engage the Crab Men, successful enough that no-one notices that he isn't actually doing anything risky.

The Nudibranch is shouting at the Skeletons in Lament, none of the PC's present speak that language so do not know what he is saying but it seems to be having some effect.Despite the protestations of the intelligent Nudibranch that it is an agent of a registered legal authority Sumidoro takes a shot at it, forcing it back behind its bodyguard.

Down below, Jepta speaks to the Skeletons in Lament (language of the lower dead), they seem like confused Altzhiemer patients who do not know where they are, one asks Jepta if she is their son Marco. Jepta leads the skeletons into the next room where they find another Crab Man battling yet more skeletons, Jepta convinces the two she is with to attack the Crab Man.

Busla and her white ape investigate the slaves, they show clear signs of being used as food by a Vampire, as wasted and pliable and opium addicts. Neither slavery or Vampirism are illegal in their social world but, being liberals, they decide to attempt to free the slaves.

On the main deck, Kua Kua Pandoring tries to impress the Captain by hurling a bomb into the melee. Avash rolls poorly and the bomb bounces off one of the masts and drops into a hole in the cargo hatch, falling into the belly of the ship.

Sumidoro tries climbing one of the masts to get a better shot at the Nudibranch. The hideous Barlang Rift decides to actually engage in combat, doing some meaningful damage to a Crab Man.

Belowdecks, Jepta hears the rolling of the bomb directly above her head, moving towards the hole in the roof through which the Crab Men fell. She dives back into the prison cell and forces Busla and her White Ape to the ground. The bomb explodes.

Unimpressed with this, the Captain takes off his mask, revealing the face of a 16 year old boy. He requests that Kua Kua Pandoring offer him his neck. After thinking about it a bit, Kua Kua does so, the Vampire Captain bites deep.

The reader cannot have failed to notice that one half of the group has decided to throw in with a Vampire Captain they know nothing about and that another half has decided to steal the same man's property.

Sumidoro sees the Nudibranch wrestling with the flag of the ship, actually a ghost woman, Sumidoro fires her rocket into that melee, doing very little damage but setting everything on fire.

On witnessing the fire, the ghost woman screams and flies up into the darkness out of sight, the Captain sees this, drops Kua Kua Pandoring to the deck and, shouting "Rashel! Rashel!", dives into the general melee, whether heading for the Nudibranch or for Sumidoro is unclear.

One of the crab men takes control of one of the two ballistae on the foredeck and begins to turn it in the direction of Sumidoro.

Belowdecks, the two widows, Busla and Jepta, and the White Ape, rise to their feet unharmed to find that the cargo hold is slightly on fire and that the Crab Men and skeletons have been reduced to shrapnel and seafood. Jepta explores the hold to the rear while Busla and the Ape decide to try to break open the chest in the prison room.

Above, Barlang Rift charges into combat on the foredeck, Sumidoro grabs a line and executes a pirate swing into the same combat. The Nudibranch tries to negotiate but they shoot one if its remaining bodyguard Crabs off the deck with the second ballista. They are then pinned between the two advancing Crab Men. one takes Barlang by the throat but Sumidor grabs him from its pincers as they close, nevertheless, both are wounded.

Kua Kua Pandoring has suddenly developed a deep affection for the Captain and follows him through the melee shouting "Captain, My Captain!"

Below, the White Ape finally tears open the chest to find the accouterments of blood letting and a single sliver blade. In the hold, Jepta finds a chest of what she suspects is the legendary Zombie Coral. They both decide to climb to the main deck, going straight through the mid-decks, despite shouts and sings of a seperate struggle in that area.

The two groups converge once more as Busla and the White Ape leap up from a hatch in the foredeck and run towards the melee between Sumodors, Barlang and the Crab Men and Jepta arrives at the rear deck to see the ancient First Mate encouraging the few remaining skeletons to kill the remaining Crab Men. He speaks in lament, telling the confused Skeletons that the Crab Men have broken into their house and will kill their children. Only Jepta understands Lament and only she is beginning to grasp how the Skeletons are manipulated.

The White Ape grabs the Captain and hurls him into the sea, but all are shocked to see him turn into a Nightingale.

Jepta tries to aid the First Mate with her pistol but accidentally shoots on of the Skeletons, the Mate responds with misogynistic condescension.

Forces converge on the foredeck. The Nudibranch only has one or two Crab Men left, but almost all of the Skeletons have been smashed. The eminently reasonable White Ape tries to defend the Nudibranch so they can hear its side of the story.

Flying back to the poop deck, the Captain returns to his human form and is reunited with his ghost wife. They try to kiss but she is ethereal and they cannot touch.

Jepta and the First Mate begin to brawl. He cuts her badly with a silver raZor, she eventually puts two bullets into him and he drops.

The Captain notes that almost all of his Skeletons have been destroyed and addresses the PC's, shouting that if they aid him he will give them a boat and return them to the sea, if they oppose him he will eat their hearts.

Events beyond this point become quite complex and I am not exactly sure of what happened when.

Culture war breaks out among the PC's. Busla Rant and the White Ape wish to side with the Nudibranch, Barlang Rift and Sumidoro Tchuka are happy to kill it for the Vampire captain, Jepta watches warily, assessing the relative forces, Kua Kua Pandoring is slavishly willing to obey his Captains every word. The junkie vampire-food slaves are also entirely willing to obey him.

Jepta pretends to side with the Captain to get close to him.

Barlang is taken in the side by a Crab Claw and falls.

Kua Kua attacks the Nudibranch, unaware that they are incredibly poisonous, and goes down with Toxic Shock.

The Nudibranch is killed. The one remaining Crab Man observes the scene and leaps sadly into the sea.

The White Ape and Busla charge the length of the ship.

Jepta stabs the Captain in the back with the silver razor she took from the First Mate.

The White Ape crashes into him, swinging with the silver blade taken from the hold.

Captain Benedict Vore is destroyed, his body ages 1000 years inside his perfect white armor. His Ghost Wife Rashel Vore tries to carry his corpse up into the black air, but her ethereal fingers cannot hold onto him for long. he drops several times only to the snatched back up.

Eventually her grip fails and he falls into the sea. The ghost flees like a wind-tossed leaf, howling her grief and rage.

The PC's find themselves master of the two-decked ship 'The Falling Star'. No-one in this setting has ever seen a star or knows what one is, the ship is slightly on fire, it's Skeleton crew has been destroyed, except for one and no-one knows what was going on on the middle deck, or if anyone down there is still alive.