Part of a series now I guess;
Original Concept for Soft D&D

Today's liberally-stolen-without-asking images are from

I didn't ask to use these so go over there, give them some traffic and re-tweet or whatever so I can feel better.

Also -if anyone wants to give this a try with real children, or just generally, let me know. 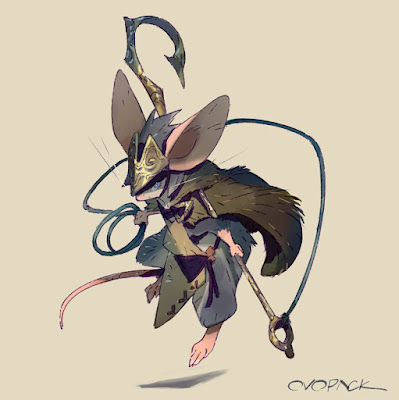 Roll a die, once for each line.

When you roll an even number, pick the quality on the left and write that down.

When you roll an odd number, pick the one on the right and write that down.

Then roll the die one more time to see how tough you area and write that down.


This is not really 'fair', but its not meant to be. 'Fair' isn't interesting and the game is meant to be interesting. The point isn't to have the 'best' character, but to have a character you are interested in, someone where you want to see what they do and hear what they might say. 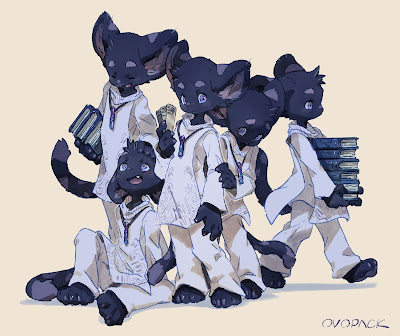 Its always good to be fast, you would think.

To be big or small - we might think that its better to be big, but there are many situations where it is not.

Think or Feel. Those who think more than they feel will have learned more from books and will remember more of what they have learned. They will know more about the world, its history, and all the details of the people and things in it. When faced with a problem they will probably stop and try to work it out.

Someone who thinks a lot might ask a lot of questions about problems about what they remember about something or what their character knows and about details.

someone who feels may well have done more. They likely did not sit around thinking about details but they had strong emotions, maybe good ones like love, honour or empathy, maybe darker ones like anger or fear.

Most probably they have both.

Those who feel more than they think will often have a much more interesting life. They want more things, more powerfully. They have STRONG MOTIVES.

Those who are courteous are calm and sensitive to the needs of others. They do not wish to cause offence and will try to find the right way to act.

Those who are bold usually think they know the right way to act; it is whatever they are doing RIGHT NOW! They present themselves to others and the world as if the world should be very pleased to seem them.

Or perhaps they just don't care if the world likes them or not? Regardless - HERE THEY ARE.

Toughness keeps you in the game.

When you run out of Toughness, you have to stop playing unless someone else helps you.

You can get Toughness a few ways, by eating, resting, healing and helping each other. You can sometimes get it just by growing old, though that takes time.

Someone can be physically tough; hard and resistant. They can also be mentally and emotionally tough. 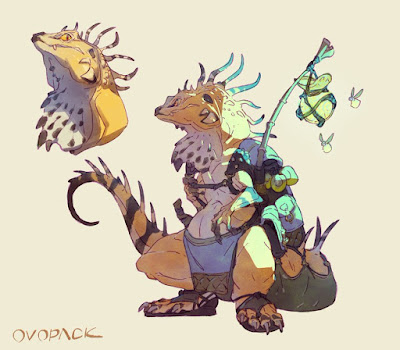 There are two more things you need, a THING and a NAME.

If you have a good idea what kind of person this is, give them a name now.

Or, wait till they have a THING.

Once they have one, look at all their qualities and think about who they are and why they might be like this, then give them a simple name you think fits.

It doesn't need to be a clever name. In fact its better if you decide quickly and move on to play. 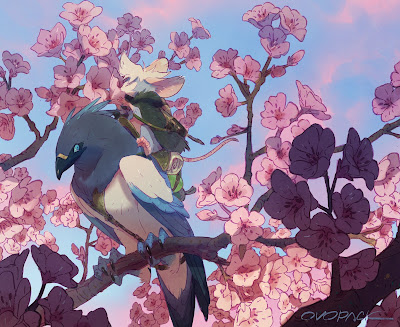 
Everybody gets one THING. Go round the group of players. There are five Types of thing;

One person gets something from their home.

One person gets something useful.

One person gets a book.

One person gets something magical.

One person gets a pet. 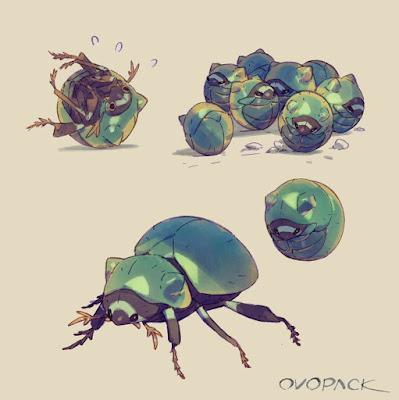 THINGS FROM YOUR HOME


1. A portable set of cooking equipment.
2. A mop which can clean anything, and a bucket which helps.
3. A full sewing and knitting set.
4. A box of costumes.
5. A musical instrument, which you play well.
6. Pots of paint.
7. Glue - its strong stuff!
8. A pouch of gold coins.

Did you ask before you took this thing? Probably you should have.... 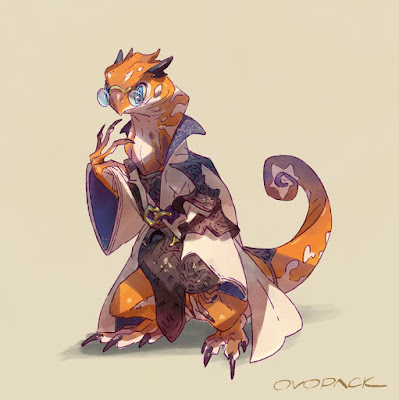 
1. A long rope, with a hook at one end.
2. A hand catapult and a stupendous variety of marble-sized objects which you have  collected.
3. An exceedingly black cloak - it makes you look VERY DRAMATIC and is almost impossible to see in shadow. It can cover two people.
4. A collapsible extending brass 'grabber' of up to TWENTY METERS RANGE!
5. An accurate hand-drawn map of the area. Perhaps the only one.
6. A flip-open metal box which produces a small flame every time.
7. A sturdy Hurricane lantern.
8. A very loud ear-piercing whistle. 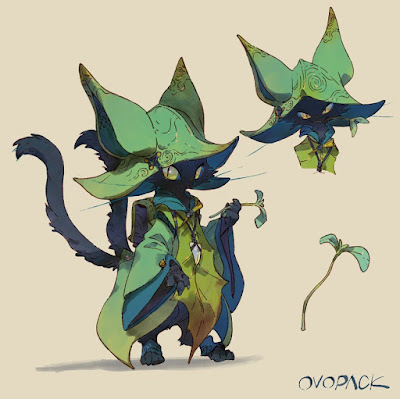 
1. A book of medicine. Helps you perform first aid, identify ailments and breaks down the ingredients and preparation of herbal remedies. (Though it doesn't tell you where to find the herbs).

2. A book of plants and fungi. This helps you identify any plant, telling you which are edible, poisonous, and which are useful for different things. It also gives directions about which places certain plants might grow.

3. A book of etiquette and manners - good for ALL situations. This book tells you the best way to talk to anyone or anything, and warns you ahead of time what might upset or anger them. If you read from it carefully each day you will be very courteous, and be able to instruct others to be too. (They do not always appreciate your instruction.)

4. A book of creatures. Helps you identify any creature and tells you about its habits and nature. Also helps you work out what creatures might be in a certain environment, and what places to find certain creatures.

5. A book of History. This book tells you a great deal about what has happened in the past. If you want to know why things are a certain way, the answer can often be found within.

6. A book of Origami. (With scissors and paper). This tells you how to make paper creatures, people, plants, animals, anything at all. If you have enough paper and enough time you can make things which seem so real, others will mistake them for the real thing.

7. A book of Alchemy. Tells you how to turn one substance into another. Any substance be turned into anything else, except that the process is often so expensive and difficult, and takes so much time and so many special ingredients that its often not worth it. Plus you often go bonkers off the fumes

8. A book of Spells. HA HA HA FINALLY! TIME TO GO MAD WITH POWER! (in the imagined game every spell book should be a themed pocketmod with a tight list of non-combat, closely themed spells in the Brendan Strejak 'leveless' style, with complex casting conditions, particular ingredients and challenging side effects.) 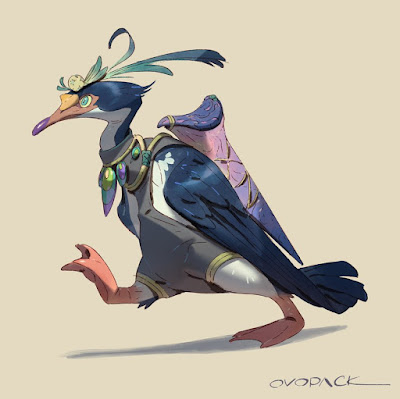 
1. A one syllable compass - this points the way to something described by a word you choose, but it has to be a one-syllable word, and it always points to the closest version of it.

2. A mansion tent. On the outside just a tent, but on the inside is a huge spooky fabric mansion with cloth butlers and cloth cooks. It’s safe and warm but you have to be exquisitely polite to all the cloth people or they flip out and expel you.

3. A miniaturising ring - makes you the size of a mouse when worn.

5. A spool of unbreakable thread.

6. A wolf whistle -  whistle which when you blow through it, can make the sound of any animal.

7. A model ship which, if placed in water - doesn't grow, instead you all shrink down to its size as you step on to it.

8. A mirror which always shows the truth of what it sees.

9. Paired crab lockets, two people who wear them will always be able to hold onto each other, nothing can break their grip on one another. 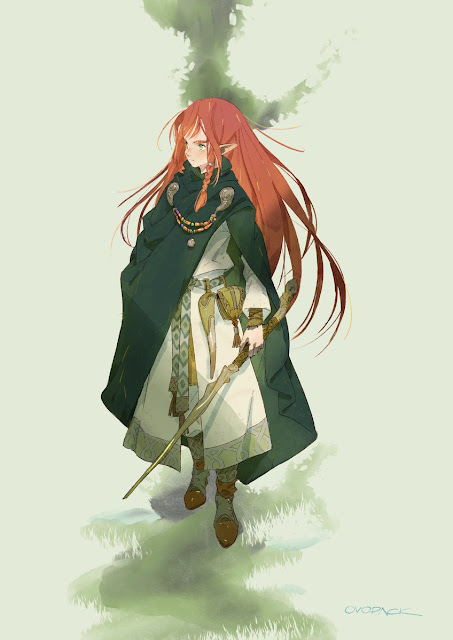 
A loyal and intelligent, but somewhat sardonic pig.

A blue-striped tiger, but its old, incredibly lazy and a coward.

A clever crow, good at solving problems but likes to steal.

An unemployed uncle who can turn into a horse - he can help you but he is pretty lazy and hard to get out of the house. (Despite the fact he has nothing better to do). Arguably not a pet.

A friendly foldable dog - only two dimensional, don't leave them out in the rain
but you can fold em up, or roll them up, slide them under doors, they don't seem to mind.

A very fluffy sheep which picks up random odds and ends that get stuck in its wool. Its very warm and comfortable.

A large beetle, slow but big enough for everyone to ride on.

A cow of mysterious, and so far, unknown, utility.

A cat which can see magic, but which does not deeply consider your nee.

A baby elephant - you have no idea what to do with it once it grows.

A goose, loyal to nothing, feared by all. Is the goose with you, or are you simply accompning the goose? 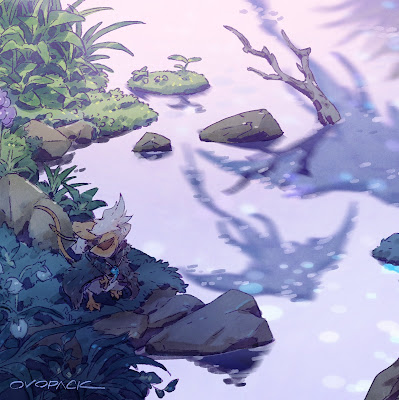 Email ThisBlogThis!Share to TwitterShare to FacebookShare to Pinterest
Labels: Character Generation, Design, I am not a rules guy, ovopack, Soft D&D